India once again produced a clinical effort to beat Sri Lanka convincingly by seven wickets at Headingley in Leeds to finish the league stage of the ICC World Cup 2019 on a positive way. Rohit Sharma, who continued on his outstanding form scoring his fifth World Cup century admitted that he has learned from the mistakes and calculates how to go forward.

Try to learn from my mistakes: Rohit

Dhananjaya de Silva struggled to hit the big shots in the death overs, managing only one boundary in his 36-ball 29* as Sri Lanka were restricted to 264 for seven. It was an excellent recovery after Sri Lanka were reeling at 55 for four at one stage, courtesy the 124-run stand between Angelo Mathews and Lahiru Thirmanne. Mathews scored his third ODI century to lead the Sri Lankan innings. It might not be a daunting target for India, but only once in this tournament has a total more than this been chased down.

The wicket eased out in the second half as Rohit Sharma and KL Rahul scored individual hundreds to make the chase look easy. Rohit gave a blazing start, and Rahul was more than happy to play second fiddle. They went about smashing anything that was slightly off and milking the rest. Rohit got to his fifth hundred this edition and in the process equalled Sachin Tendulkar’s World Cup record of six. But he soon threw it away as he has done with his last three tons, Rahul took over and got to his maiden World Cup ton. He too perished looking to finish it quickly, and Rishabh Pant followed him. India’s captain Virat Kohli ensured there were no more hiccups and sealed his side’s 7th win in the tournament.

Speaking on the milestone at the end of the match, Rohit Sharma admitted he doesn’t think of the milestone and concentrates more on the shot selection. He also revealed that he has learned from the past and try to calculate how to go forward, which is paying dividends.

“I wasn’t thinking about milestones, my job is to keep my head straight and get the team towards the finishing line. When you are in, shot selection becomes very important, I try to calculate how I want to go forward, and it has paid dividends, You have to be disciplined in batting, and I’ve learned from my mistakes in the past,” Rohit said.

Furthermore, Rohit Sharma added that every day is a new day and he will have to start from the scratch in the semifinals. In conclusion, Rohit heaped praise on Lasith Malinga and said that world cricket will miss him. 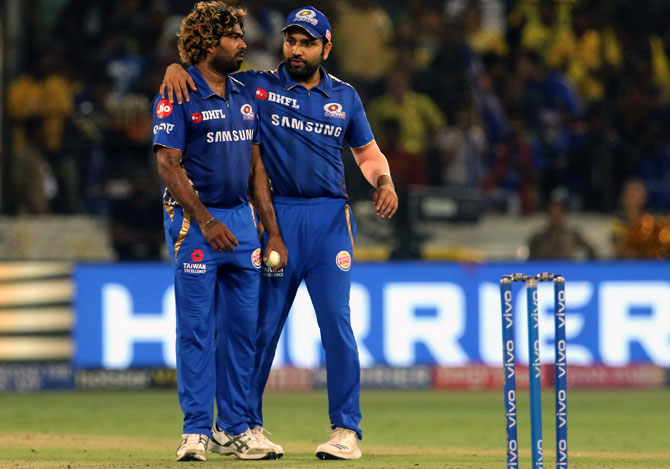 “Every day is a new day, I start fresh, I try to think I’ve not played any ODIs, not got any hundreds in the tournament.

Lasith Malinga is a champion, a match-winner, the team relies on him to deliver, and he has done that. I’ve seen him at close quarters [for Mumbai Indians], and world cricket will miss him,” he concluded.