It was business as usual for Team India as they thrashed Afghanistan in the one-off Test at M. Chinnaswamy Stadium. The game lasted only two days as India stamped their authority over the latest entrants in Test cricket. Ajinkya Rahane & Co. dismantled the visitors by an innings and 262 runs to give them a harsh reality check on what Test cricket is all about.

After the batsmen piled up a massive 474 in the first innings, the bowlers bowled out the visitors twice in a day to wrap up the historic game.

Following on in the second innings, Afghanistan were skittled out for 103 runs in 38.4 overs.  Ravindran Jadeja (4/17) and Umesh Yadav (3/26)  starred with the ball. Captain Asghar Stanikzai (25) and Hashmitullah Shahidi (36 not out) were the only two batsmen who managed to score more than 20 runs. The visitors were earlier bowled out for 109 in their first innings. 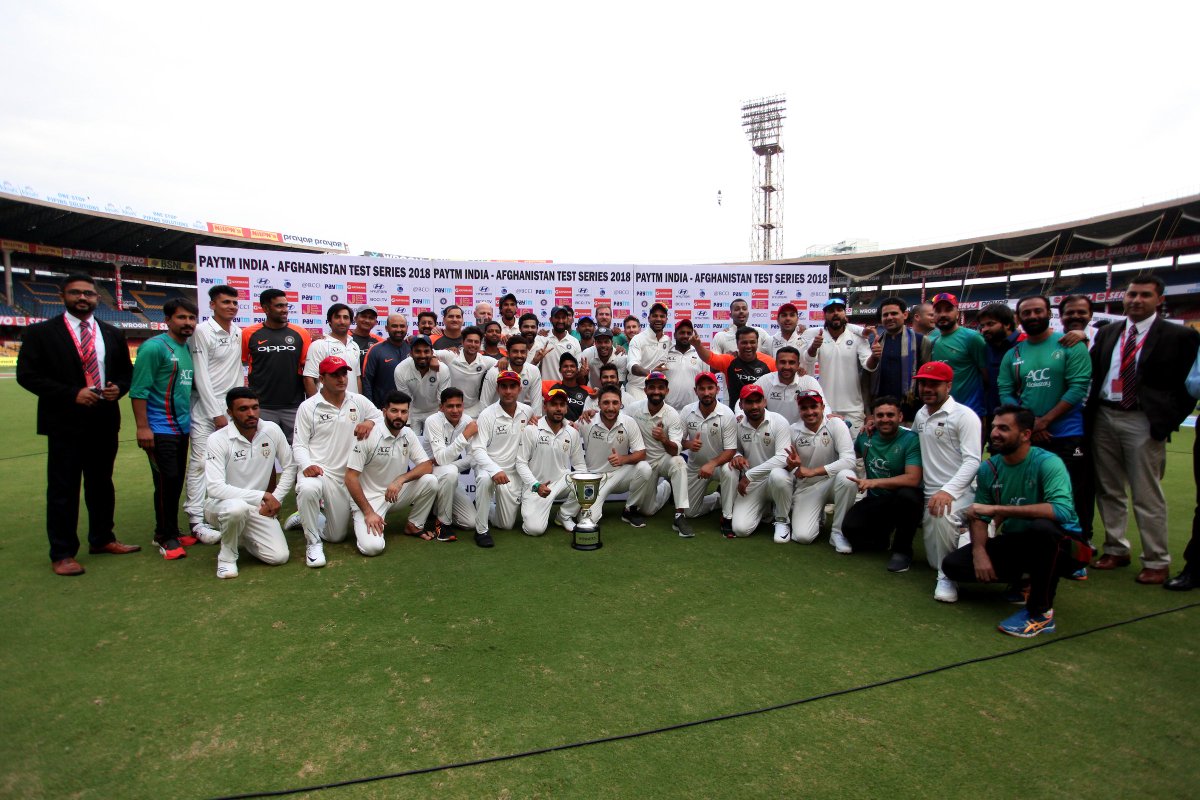 Meanwhile, the game witnessed a plethora of records being made.

On the second day, a total of 24 wickets fell. Starting the day on 347 for 6, India were all out for 474. After that, Afghanistan lost their ten wickets twice to lose the game.  24 wickets falling in a day is the third-most in a Test match. The Ashes Test match between England and Australia at the Oval in 1896 had also seen 24 wickets fall on Day 2.

The highest number of dismissals in a day is 27 wickets. The Test between England and Australia in 1888 at Lords saw 27 wickets fall on Day 2.

Coming to the game,  Afghanistan scored just 212 (109 & 103) runs in two innings which is the fewest a team has managed against India.  It took India just 399 balls to bowl out Afghanistan twice. The number of balls bowled by India in this Test is their lowest in a Test match. Afghanistan played 27.5 overs in the first innings 38.4 in the second.

In the last 50 years, only one side has got dismissed twice in fewer over in a Test than Afghanistan’s combined 66.3 in this Test and the team is Pakistan. They were dismissed twice in 56.4 overs against Australia in Sharjah in 2002.