The fast bowler from New Zealand Lockie Ferguson will feature for the Kolkata Knight Riders in the upcoming edition of the Indian Premier League (IPL). Starting at a base price of Rs 1 crore, the Kiwi pacer took home Rs 1.60 crores.

Previously, Rising Pune Supergiant picked Ferguson at the auction for the 2017 IPL and his team made the final. He made his name by taking 2 for 7 off four overs against Virat Kohli’s Royal Challengers Bangalore. But he didn’t attract any buyer during the auction of the 2018 edition of the IPL. So far, Lockie Ferguson has played 39 T20 games picking 33 wickets and has provided early breakthroughs for his team.

The 27-year-old fast bowler can rack some good pace and solve Kolkata Knight Riders fast bowling worries. The side from Kolkata, however, have released two of their stat fast bowlers, Mitchell Johnson and Mitchell Starc. Lockie Ferguson will be a perfect replacement in KKR set up. 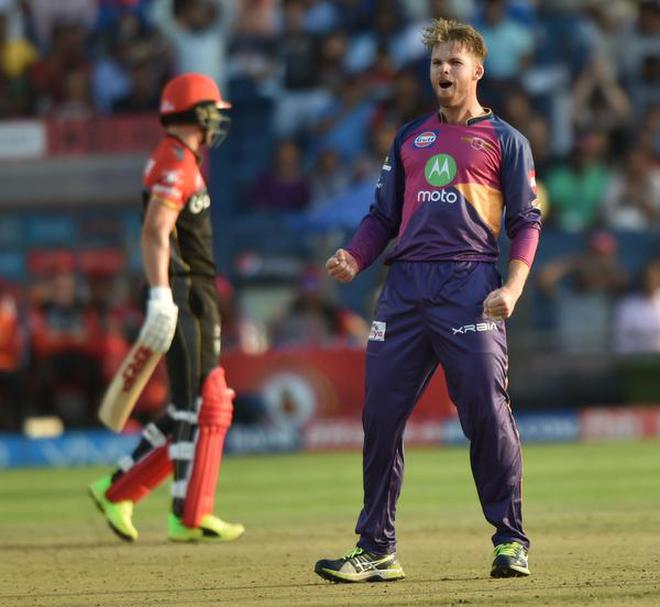 Previously, Kolkata also secured the service of Windies T20 skipper Carlos Brathwaite for Rs 5.40 crores. The giant all-rounder has the ability to provide breakthroughs and score quick runs at the end will certainly bolster the KKR side.

However, Kolkata Knight Riders have managed to retain their core group of players that helped them to finish in the third spot last year. Dinesh Karthik did very well with the team leading his side from the front. But the management will hope to go all over this time to bring their third IPL title home.

IPL 2021: Team Wise One Bowler Who Can Bowl The Super-Over

IPL 2021: 5 Bowlers Who Can Break Anrich Nortje’s Record Of Fastest Delivery In The History Of Tournament

IPL 2021: 5 Kolkata Knight Riders (KKR) Players Who Might Miss The UAE Leg Of The Tournament