See Who Is The Tallest Player In The Indian Team - CricketAddictor

When it comes to the lives of the cricket stars of this country, there is very little that go unnoticed from the cricket-obsessed fans. From private to professional lives, almost every details of the cricketers are known to the fans. However, we are pretty sure that the fans have little or no knowledge about how tall the cricketers are or who is the tallest player in the dressing room at the moment.

So here we are taking a look at the height of the Indian stars who are currently in the squad:

Standing 5’11” tall, the Test opener is one of the tallest players in the squad. He has become an indispensable part of the Test team but has not managed to cement his spot in the limited-overs team. The shortest player in the team right now, Jadhav’s height is 5’4″. However, his height has not proved to be a roadblock on the field as he has become one of the most important players for India in ODIs. His explosive batting and handy off-spin has made him Virat Kohli’s go-to man. The rising star of Indian cricket stands at 5’6″. Since making his international debut earlier this year, he has become an important part of the team across formats. He was India’s highest wicket-taker during the ODI series against Australia where he took 7 wickets including a hat-trick. Like his spin partner, Chahal’s height is also 5’6″. The leg-spinner, meanwhile, has become Kohli’s go to man due to his ability of taking wickets and choking the batsmen with his accurate bowling. 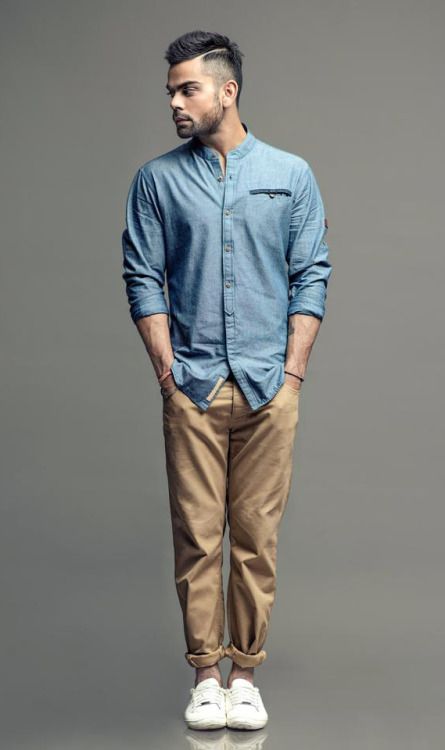 The India skipper stands 5’9″ tall. Arguably, the best player in the world at the moment, Kohli is currently the best-ranked ODI and T20I player. The lanky spinner who has impressed since his comeback during the ODI series in Sri Lanka stands at a formidable height of  6’0″. One of the best death bowlers in the world right now, Bumrah’s height is 5’8″. One of fittest cricketers in the team, Manish Pandey’s height is also 5’8″. The Indian pace spearhead, who recently got engaged, stands tall at 5’10”. The man of the moment, Hardik Pandya, who recently bagged his maiden Man of the Series award due to his allround exploits in the ODIs against Australia, stands tall at a formidable 6’0″. At 5’8″, Rohit Sharma is not the tallest of the openers but he is definitely the best of the lot. He recently finished the series against Australia as its highest run-scorer. The elegant batsman from Mumbai stands 5’6″ tall but his modest stature has not affected his batting as he is one of the most sought after players in the world at the moment. Standing tall at 5’11”, Dhawan has made life tough for the bowlers with his power-packed batting displays. In fact, he is batting like a dream since making his comeback to the Indian team during the Champions Trophy. Last but not the least, India’s most-decorated skipper Mahendra Singh Dhoni has devastated bowlers in the last decade or so with a modest height of 5’9″.

Report: Australia Likely To Bring Back Specialist Batting Coach For Ashes And Beyond