The veteran fast bowler from Karnataka, Vinay Kumar, who did not attract a buyer in the Indian Premier League (IPL) auctions, is hopeful for a return in the 12th edition of the league. Meanwhile, Kumar has 105 wickets from as many IPL matches at an economy rate of 8.39. He also won the tournament with the Gautam Gambhir-led Kolkata Knight Riders in 2014.

Vinay Kumar, who has been a consistent performer in the IPL, admitted that it was disappointing not to get a team. In the last Karnataka Premier League, Kumar did a good job picking six wickets at an economy of 5.21 and also scored 116 runs with the bat. In addition to, he also added that there is still a lot of cricket left in him.

“It should have been held before the IPL auctions but due to a crammed schedule, that wasn’t possible. Look, I have been a consistent performer in the IPL, so it was disappointing to not get picked. I feel there is plenty of cricket still left in me,” Vinay Kumar said to Sportstar.

Meanwhile, Vinay Kumar only played two games in the last season of the IPL. The management and skipper Dinesh Karthik relied more on young bowlers in Shivam Mavi and Prasidh Krishna. He also added that it was a challenging experience to bowl in the first and last over of the innings.

“Before the 2018 IPL began, I was KKR’s go-to bowler in the nets as well as all the practice games. But once the season started, I got only two matches where I was asked to bowl the first and the 20th over. It’s a very challenging ask to bowl an over each at the start and at the death,” Kumar added. 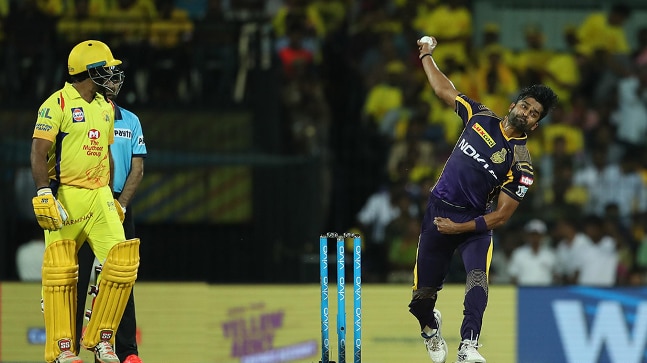 Kumar hopeful for a comeback

The 35-year-old pacer is still hoping to find a team as it is a long tournament and there may be slight niggles which can open his road. The upcoming edition of the league will commence from March 23 with Royal Challengers Bangalore and defending champions Chennai Super Kings facing each other at Chepauk. However, the governing council is yet to release the full itinerary of the tournament and are waiting for the election commission to announce the dates of the general election.

“I am still hopeful of a call-up because it’s a long tournament and some niggles here and there to some player might open the door for me,” he concluded.