BT vs NW Dream11 Prediction, Fantasy Cricket Tips, Dream11 Team, Playing XI, Pitch Report, Injury Update of Abu Dhabi T10 match between Bangla Tigers T10 and Northern Warriors. They will play against each other for the first time in this season of the Abu Dhabi T10.

The 8th match of the Abu Dhabi T10 will see Bangla Tigers facing off against Northern Warriors on 21st November at the Sheikh Zayed Stadium.

This game is scheduled to start at 9:30 PM IST and live score and commentary can be seen on FanCode and CricketAddictor website.

Bangla Tigers will be squaring off against Northern Warriors for the first time in the eighth match of this season of the Abu Dhabi T10.

The temperature is expected to hover around 27°C on the matchday with 68 % humidity and 13 km/hr wind speed. There are no chances of precipitation during the game.

The wicket at the Sheikh Zayed Stadium is a batting-friendly surface and is expected to boost the batters. Pacers might get some help towards the latter half of the match while spinners will be important in the middle overs.

The average first innings score on this wicket is 131.

The team batting second doesn’t enjoy good records here. They have a winning percentage of 20 on this track.

Faf du Plessis is a right-handed batsman from Bangla Tigers who leads the team. He has scored only 5 runs in this tournament so far but can score big in the upcoming match.

James Faulkner is a right-handed batsman and left-arm medium-fast bowler from Bangla Tigers. He has marked 19 runs and grabbed 3 wickets in this tournament so far.

Moeen Ali is a left-handed batsman and right-arm off-break bowler from Northern Warriors. He has smashed 35 runs in this tournament so far.

Rovman Powell is a right-handed batsman and right-arm medium-fast bowler from Northern Warriors. He has hammered 80 runs in this tournament so far.

Suggested Playing XI No.1 for BT vs NW Dream11 Team: 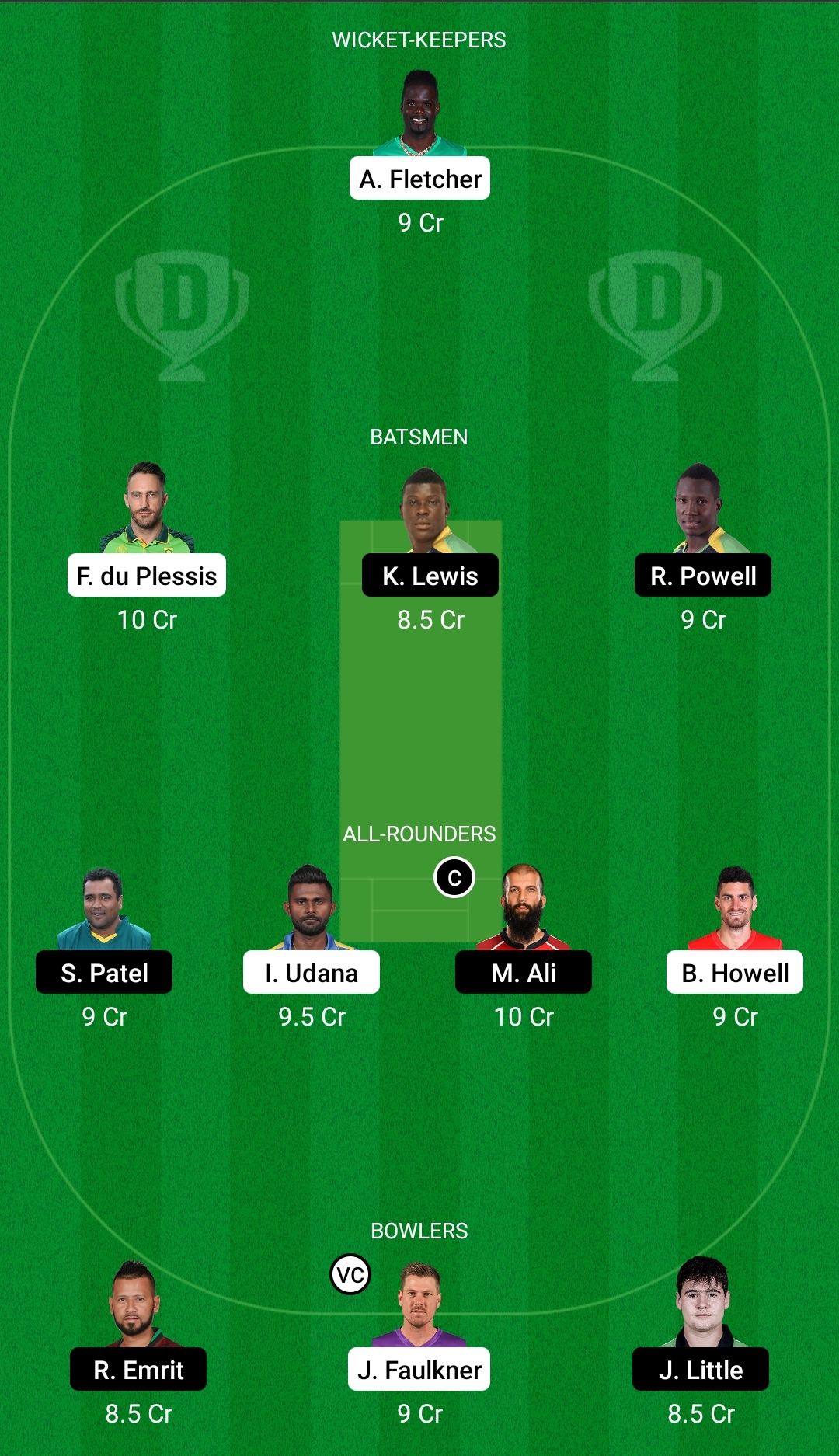 Suggested Playing XI No.2 for BT vs NW Dream11 Team:

Moeen Ali will be a great captaincy choice for the small leagues. Johnson Charles and Hazratullah Zazai are the punt-picks here. The best-suggested fantasy/Dream11 combination for this game is 1-3-4-3.

Bangla Tigers is expected to win this match.