On 26th October 2022 (Today), Ireland played against England while Afghanistan will play against New Zealand later in the day. Ireland won by 5 runs against England by Duckworth Lewis Method as England scored 105/5 in 14.3 overs in reply to Ireland’s 157 before rain intervened. The par score for England was 110 at that stage.

Ireland didn’t get the most of the good start they got as they were bundled out for 157 runs with 5 balls to spare against England. Mark Wood (3/34) and Liam Livingstone (3/17) were the wreckers in chief for England as apart from skipper Andrew Balbirnie who scored 62, none of the other Irish batters contributed more than 35. Joshua Little dismissed both openers, Jos Buttler, for naught and Alex Hales for 7 as England have lost 2 wickets within the powerplay.

At one stage, Ireland were looking in great control. Andy Balbirnie (62) and Lorcan Tucker (34) put on an 82-run stand for the second wicket, but once Harry Tector got out, things went haywire for Ireland. Joshua Little (2/16 in 3 overs), Barry McCarthy (1/20 in 3 overs), Fionn Hand (1/17 in 2 overs) and George Dockrell (1/5 in 1 over) checked the run flow and were also amongst the wickets to fall.

After an emphatic win in their first match against defending champions Australia, the Kiwis will look to continue their winning momentum when they lock horns with Afghanistan at Melbourne Cricket Ground after the conclusion of the England vs Ireland match.

In the Super 12 match against Sri Lanka, Ireland opener Paul Stirling scored 34 and Harry Tector scored 45, but apart from them, none other Irish batter contributed more than 15.

Swashbuckling batter Andrew Balbirnie will be one of the biggest threats in the ongoing T20 World Cup 2022. The Irish opener has been terrific at the top of the order for his side and has led from the front with the bat.

The skipper of the Ireland team since 2019, Andrew Balbirnie scored only 1 of 5 balls against Sri Lanka in their first Super 12 game. He has scored 117 runs in 5 T20Is so far and is the team’s 4th highest run-getter in the 2022 T20 World Cup. He led from the front by scoring a captain’s knock of 47-ball 62 and was even awarded MOM against England in a rain truncated game won by Ireland.

Currently one of the most experienced members in the Ireland line-up, opener Paul Stirling will have to play a crucial role if his team has to do well in the 2022 T20 World Cup. The Irish will be relying heavily on the 31-year-old all-rounder to come good against the strong opposition.

The hard-hitting batter at the top of the order has got a ton of experience, playing in several T20 leagues and domestic matches and that will pose a big threat. Paul Stirling has scored the most runs-122 in the T20 World Cup 2022 so far for Ireland in 5 T20Is including Qualifiers.

After two low scores in the first two games, he scored an unbeaten 66 against West Indies to win the game for his side. He played the 2nd Super 12 game against England after scoring 34 against Sri Lanka. He scored 14 off 8 against England in a rain-truncated game won by Ireland.

Harry Tector, the 22-year-old plays in the middle order. He debuted in 2019 in T20Is. He top-scored with an unbeaten 64 off 33 balls including 6 fours and 3 sixes in the 1st T20I against India. Harry Tector is yet to prove himself in this World Cup.

He will have his opportunities in the Super 12 stage where Ireland plays tough games and they need him to fire. He played the 2nd Super 12 game against England after scoring 45 against Sri Lanka. He was out for a 2 ball duck against England in a rain-truncated game won by Ireland. He has scored 60 runs in 5 T20Is (4 innings) so far in T20 World Cup 2022.

Ireland’s 25-year-old keeper Lorcan Tucker debuted in 2016 in T20Is and in 2019 in ODIs. Lorcan Tucker scored 45 in the winning game against West Indies in Qualifiers. He needs to keep his form going for his side. The keeper scored vital 34 runs off 27 balls in the 2nd Super 12 game against England after scoring 10 against Sri Lanka. He has scored 120 runs in 5 T20Is so far including Qualifiers in T20 World Cup 2022.

Curtis Campher scored an unbeaten 72 as Ireland chased down a target of over 170 against Scotland. He bowled well in the tournament as well. He will need his all-round skills to come up in the Super 12 stage, especially in the game against England. He scored 2 against Sri Lanka in the first Super 12 game. He has scored 119 runs in 5 T20Is and has taken 2 scalps.

Fionn Hand made a dream start to his 2022 T20 World Cup journey by removing the dangerous Ben Stokes with his very first delivery in the ICC tournament. The bowler’s delivery found the gap between Ben Stokes’s bat and pat as it crashed on the stumps. Indian-born Simi Singh had bowled a few good overs in the qualifiers. He had taken 3 scalps in 4 T20Is so far in T20 World Cup 2022.

George Dockrell has been in the Ireland set-up for quite a while now and the 29-year-old has been making consistent strides in his all-round skills. A slow left-arm spinner, who can also hit the ball long at the death, George Dockrell will be looking to make a mark in the T20 World Cup 2022.

The experienced George Dockrell can slot in at number six in the line-up. He will be a key player for the side with his lower-order hitting ability and quality off-spin. He scored 14 in the 1st Super 12 game against Sri Lanka. He has scored 77 runs in 4 innings after scoring a first-ball duck against England. He picked 1/5 in the solitary over he bowled by dismissing Harry Brook.

Gareth Delany picked up three wickets in the game against West Indies. He has been impressive with his leggies in the tournament and his side will need him for the remainder of the tournament as well. He picked the wicket of Dhananjaya de Silva and scored 9 in the Super 12 game against Sri Lanka.

He has picked the 2nd most scalps-4 for Ireland after being hammered for 33 runs in 3.3 overs against England in a rain-curtailed game won by Ireland. He was wicketless but scored an unbeaten 12.

A bustling left-arm seamer from Dublin, Joshua Little made an immediate impression on his ODI debut against England in 2019 when he took 4 for 45 – including the wicket of Eoin Morgan with a sharp bouncer – to leave the world’s No. 1-ranked side struggling in an ultimately successful run chase.

Joshua Little had made his T20I debut two months short of his 17th birthday back in 2016 but found himself balancing academic commitments with cricket in the first two years of his career, limiting his availability. He will be one of the three seamers for Ireland in their 2nd Super 12 game against England.

He was good with his line and length in the qualifiers and needs to step up in the Super 12 stage. He has picked the most-6 scalps in T20 World Cup 2022. He picked 2/16 in 3 overs against England.

Barry McCarthy concludes Ireland’s predicted playing XI for their 2nd Super 12 game against England.  He will be the third specialist seamer in the playing XI. He has picked only 2 scalps in 5 T20Is in T20 World Cup 2022. He picked 1/20 in 3 overs against England in a rain-curtailed game won by Ireland after being wicketless (0/16 in 2 overs) against Sri Lanka.

IND vs NZ: “Drop The Others, Give Him 10 Matches”: Ravi Shastri’s Stern Message To India On Sanju Samson After T20 World Cup Exit

Rohit Sharma, the captain of India, previously gave Sanju Samson a tonne of support in order for him…
byUtsav Gupta

New Zealand, on Monday, announced their squad for the forthcoming two-match Test series against India. The Black Caps…
byCA Editor 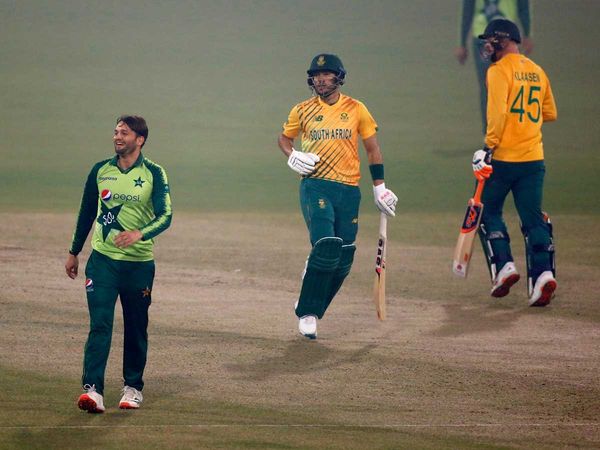 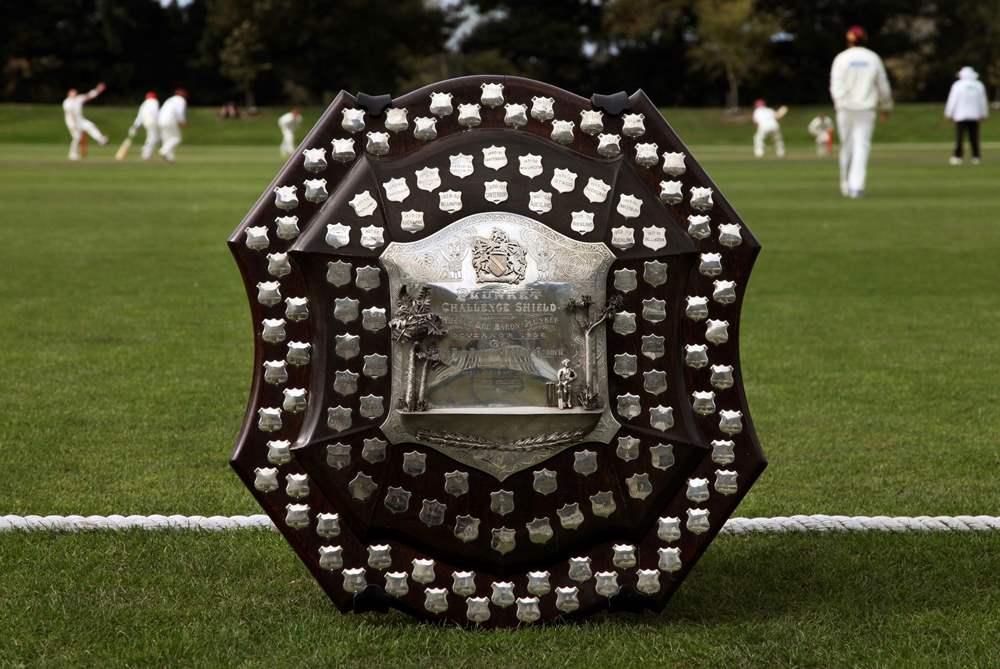