No matter whether he is on the field or off it, MS Dhoni’s trademark cool and composed nature never takes the back seat. The former India skipper, fondly known as captain cool, has created his own legacy with his ice-cool demeanour. Whether his team wins the World Cup, lose a big final or he hits a match-winning six, the World Cup-winning skipper remarkably manages to keep his emotions under check.

Not surprisingly, time and again the world finds it tough to admit how can a man remain so calm and composed. Well, the latest video is going to leave the world even more astound. The 37-year old recently attended former Union Civil Aviation Minister Praful Patel’s daughter Poorna Patel’s sangeet ceremony in Mumbai. Other than Dhoni, the likes of Parthiv Patel, RP Singh, Zaheer Khan, Yuvraj Singh, Gautam Gambhir also attended the ceremony. There were also celebrities from Bollywood. 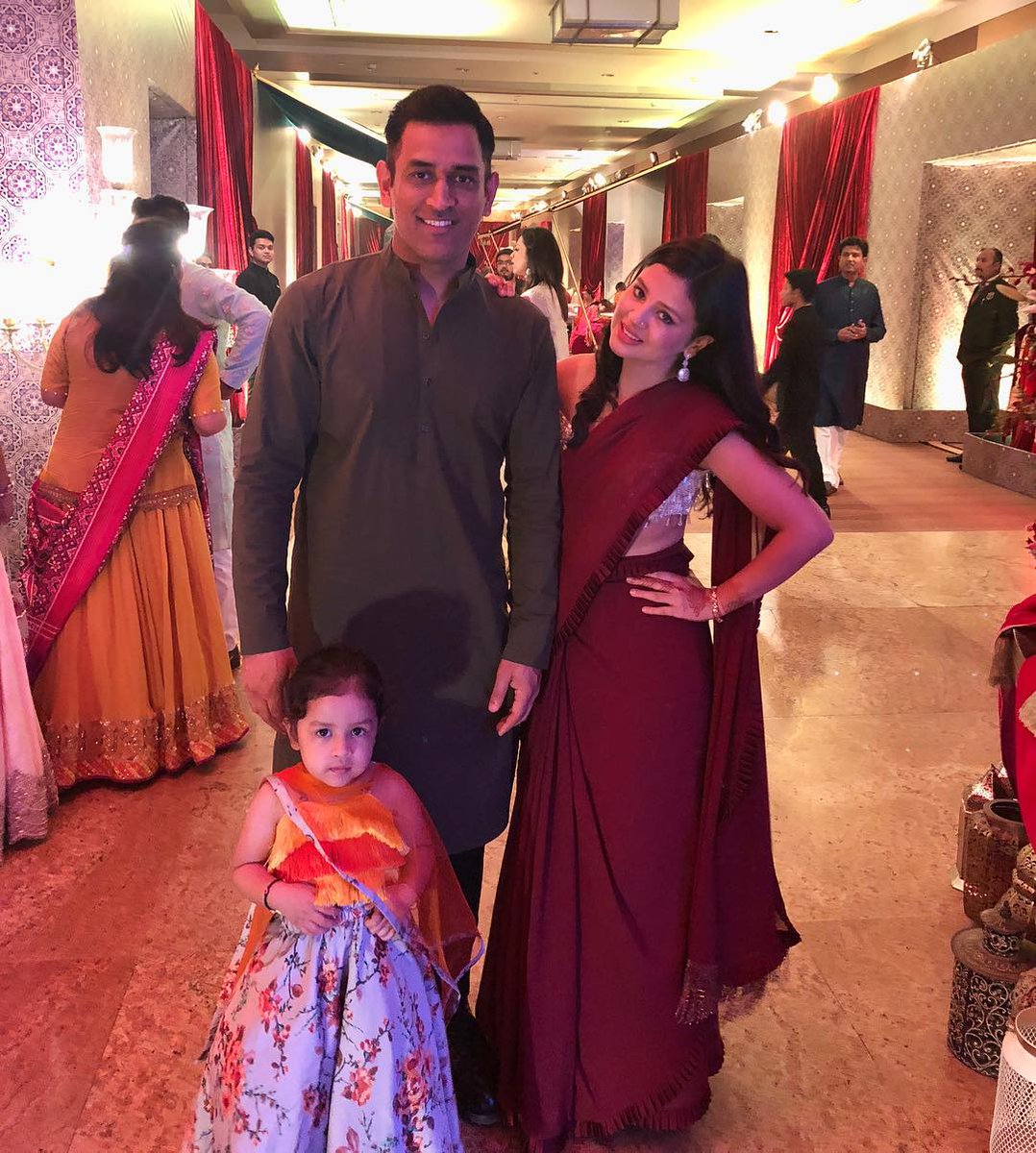 Now coming to the Dhoni incident, the keeper-batsman was seen taking a bathroom break during the wedding. And he was sitting near near the washbasin so calmly that it prompted his friend Rahul Vaidya to ask:

“Why are you so cool even in a bathroom?”

Dhoni has returned to India after a forgettable outing in England. The veteran wicketkeeper-batsman has coped a lot of criticism for his batting performance in England. He was even booed at Lord’s for his slow batting in the second ODI and things didn’t change in the next one-day match as well. Dhoni struggled to score quickly as India lost the series 2-1.

There were also reports suggesting that Dhoni might retire after he was seen collecting the ball from the umpire despite India losing the game. However, head coach Ravi Shastri later clear that Dhoni is going nowhere.

“MS wanted to show the ball to Bharat Arun. He wanted to show him the wear and tear the ball had endured, to get a general idea of what the conditions were like,” Shastri was quoted as saying by the Times of India.