England and South Africa face off each other in the second Test in Manchester starting from August 25. The hosts suffered an innings defeat in the first Test. Thus this Test match becomes a must-win for the side to keep the series alive. South Africa are leading the WTC points table while England are placed seventh at the moment.

England have already announced their playing XI for the second Test. Ollie Robinson has replaced Matthew Pots in the playing XI. The rest of the squad remains the same. The onus will be on the senior players to get the job done for the home side.

Our XI for the 2nd Test at @EmiratesOT 🏏

England skipper Ben Stokes came out in the open and spoke about the hectic international schedule taking a toll on his mental health. These comments came after he agreed being on medication to recover from the setback of his father’s death.

“I never thought I would be on medication to help me for that kind of stuff [anxiety]. I am not embarrassed or ashamed to say it because I needed the help at the time. But it’s not done just because I’m back playing. I still speak to the doc, not as regularly, and I’m still taking medication every day. It’s an ongoing process” Stokes said in an Amazon documentary.

The Proteas, on the other hand, is looking for a confident unit capable of winning the second Test. They thoroughly dominated the second Test bowling England out twice and the batters not even playing the full 90 overs. They have to keep up the good work against the hosts who will be motivated to win Manchester.

So far the venue has hosted 82 Test matches with 32 teams winning batting first and 15 batting second. The ground generally has bowling-friendly conditions. The batters do have a tough time at this venue against the moving ball. With four top-quality seamers playing the Test match, two in each side, the batters have to up their game.

The match starts at 11 am local time which is 3.30 pm IST. Talking about the weather, rain is expected to play spoilsport on the first day of the Test match. The rest of the four days will be mostly sunny with no further interruptions of rain. 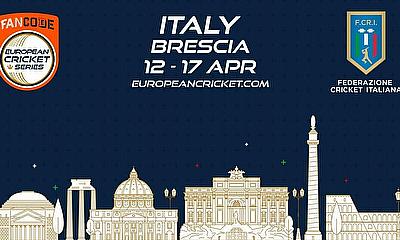 I Am Ready To Bat Wherever The Team Management Wants Me To: Suryakumar Yadav

Indian batting sensation Suryakumar Yadav has lived up to his reputation in his brief international outings so far.…
byAayushmaan Vishwanathan

England vs India, 2018: 5 bowlers who can be picked in place of Bhuvneshwar Kumar in last 2 Tests

Seaming pitches and overcast conditions; The first Indian bowler’s name that comes to the Indian fan is Bhuvneshwar…
byJr.staff