Former World Cup-winning Australian coach John Buchanan and Lalchand Rajput have been appointed as the coaches of India Maharajas and World Giants respectively for the benefit match of Legends League Cricket at the Eden Gardens Stadium in Kolkata on September 16.

A special benefit match will kickstart the much-awaited season of the league in India for the first time and proceeds of the game will be given to Kapil Dev’s Khushii Foundation, which supports girl child education.

Considered as one of the top coaches in the world, Buchanan had guided Australia to numerous successes that include winning the ODI World Cup twice, first-ever Champions Trophy triumph in 2006 and Ashes domination in the early 2000s.

Rajput, on the other hand, is also a popular name in the cricketing circuit. The former India batsman has successfully coached international teams like Afghanistan and Zimbabwe. He was also the manager of the Indian team that won the historic T20 World Cup in 2007.

Rajput and Buchanan will also coach LNJ Bhilwara Kings and Manipal Tigers respectively in the league.

“It is great to not only have legendary players but coaches as well, who have not only been part of their country’s biggest victories but also share a great relationship with each of the cricketing stalwarts. We welcome both of them and wish them all the best for the match at Eden Gardens,” said Raman Raheja, CEO and Co-Founder, Legends League Cricket.

India Maharajas will be led by one of India’s most successful openers Virender Sehwag while the South African great Jacques Kallis will captain Team World Giants.

As the legendary cricketers from 10 countries will be seen in action, Sehwag’s Gujarat Giants and Gautam Gambhir’s India Capitals will lock horns in the league opener in Kolkata on September 17. Manipal Tigers and Bhilwara Kings will also be part of the four-team league.

Lucknow, New Delhi, Cuttack and Jodhpur are the other venues for the upcoming edition of Legends League Cricket, which will go on till October 5.

With Disney Star being the official broadcasters, Season 2 will be telecasted live on Star Sports Network as well as streamed on Disney+Hotstar in four languages—English, Hindi, Tamil and Telugu. 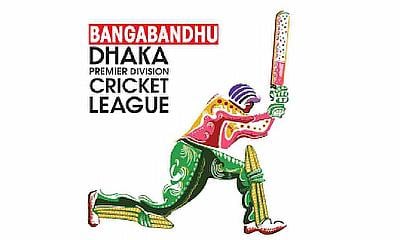 IND vs SL: Gautam Gambhir Feels India Dominates Sri Lanka Today And It Will Take A Long Time to Bridge This Gap