English cricketer and Rajasthan Royals player Liam Livingstone has revealed that he seeks to do well in IPL 2021 so that he can make his way into England squad for ICC T20 World Cup 2021. Since ICC T20 World Cup 2021 is going to be hosted by India in October-November this year, Livingstone feels that a good IPL campaign can push his case further for selection into the England squad.

Liam Livingstone did not feature in the playing XI of Rajasthan Royals in the first match against Punjab Kings, which the former lost by 4 runs. However, due to Ben Stokes‘ ouster from IPL 2021 due to an injury, Liam Livingstone has an opportunity to replace him in the playing 11. Ben Stokes injured his finger during the match against Punjab Kings while taking a catch.

I Decided To Play IPL This Year, Says Liam Livingstone

During a Q&A session with Sky Sports Cricket, the English cricketer Livingstone said that he made a decision to play IPL this year so that he can get an opportunity to play for England in the forthcoming ICC T20 World Cup 2021.

“This year, I thought if I can get an opportunity to play in the IPL and do well, that pushes my case a little bit further to try and push my way into that World Cup squad. We have obviously got the World Cup in October. It’s a big-time for T20 cricket in England”, he said.

Livingstone also mentioned that it’s a tough job to enter England’s squad but he will try to have a strong IPL campaign to push his case forward.

“It’s not an easy side to get in. It’s probably one of the hardest sides in the world to push yourselves into. The best way that I saw was to have a strong IPL and push my case forward that way. That’s what I will be trying to do”. 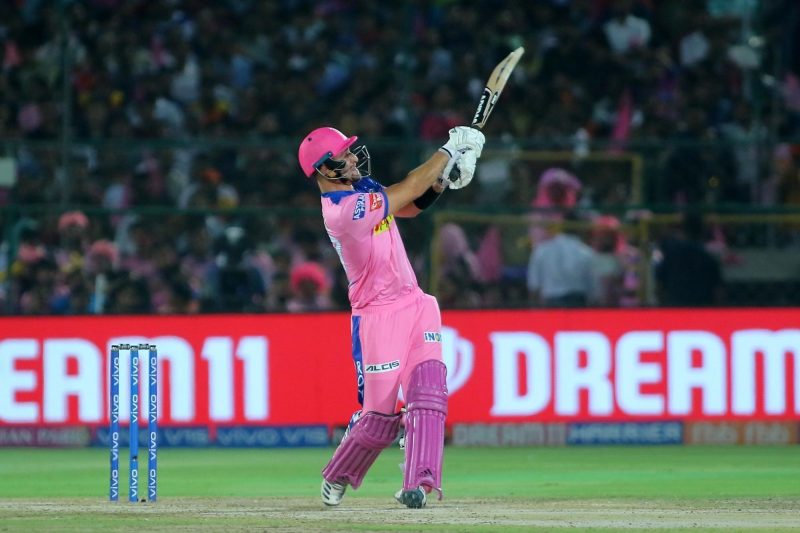 Right-handed batsman Liam Livingstone was bought by Rajasthan Royals during IPL 2021 auction for Rs. 75 lakh. The English all-rounder did not play in IPL 2020 but was part of Rajasthan Royals in IPL 2019. He played 4 matches and scored 71 runs with a knock of 44 runs in one of the games.

Livingstone played two ODIs against India last month. He scored 27 and 36 runs in the matches. He was benched in Rajasthan Royals’ previous match but will hope to make it into playing XI in the match against Delhi Capitals, which is set to be played on April 15 (Thursday).

Michael Hussey To Return Home After Testing Negative; Australians In Maldives To Fly Back Using A Charter Flight

Ricky Ponting Told Me To Not Waste The Opportunity I Was Given: Avesh Khan

More Than Panic, It Was Just About Being Worried: Vijay Shankar On Multiple Covid Positive Cases Rocking The IPL