Mustafizur Rahman And I Can Share Our IPL Experiences With Rest Of The Team: Shakib Al Hasan On Helping Bangladesh To Prepare For T20 World Cup
Skip to content

Bangladesh all-rounder Shakib Al Hasan aims to make the best use of the second phase of IPL for the benefit of his national cricket team in the forthcoming T20 World Cup next month.

Bangladesh are coming fresh from back to back T20I series win against Australia (4-1) and New Zealand (3-2) on home turf. One of the key factors in Bangladesh’s triumph is the domination of their spinners in the last few months.

Shakib is being complemented by Mahedi Hasan, Nasum Ahmed and Bangladesh skipper Mahmudullah in keeping the opposition batters at bay. In the final T20I, New Zealand registered 161/5 in the first innings, it was the first instance that the Tigers conceded more than 150 runs in their last 10 T20I matches. 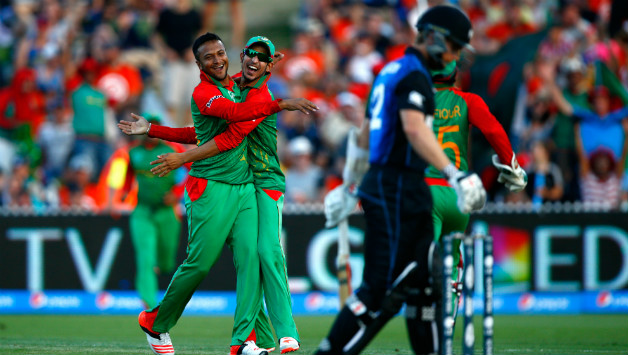 Shakib, who is currently part of Kolkata Knight Rider (KKR) in IPL 2021, looks to participate in the remaining fixtures of the tournament and will fly to the United Arab Emirates (UAE) with countrymen Mustafizur Rahman, who plays for Rajasthan Royals.

We will understand the other players’ mindset, what they are thinking about the World Cup: Shakib Al Hasan

The Bangladesh all-rounder intends to analyse the gameplan of their opponents in IPL and note everything about their mindset, which he will take further to his Bangladesh teammates to make strategies accordingly for the T20 World Cup.

“I am hopeful that the IPL will help everyone. We will be spending time in those conditions, play matches too. Mustafiz and I can share the experience with the rest of the team. We will understand the other players’ mindset, what they are thinking about the World Cup, and then report it back to our players,” Shakib told ESPNcricinfo.

Bangladesh will need to first qualify in the ICC T20 World Cup qualifiers where they are put in Group B alongside hosts Oman, Scotland and Papua New Guinea. They will play their first match on October 17 against Scotland at Al Amerat Cricket Ground.