Sri Lanka’s Niroshan Dickwella Drops The ‘K’ From His Last Name, Sports Dicwella On His Jersey

Sri Lanka’s wicketkeeper Niroshan Dickwella was robbed of yet another Test century as he fell for 96 in the ongoing first Test match against West Indies, as the visitors posted a target of 375 runs in front of the home side.

The first match of the two-Test series is being played at the Sir Vivian Richards Stadium, North Sound, Antigua. West Indies captain Kraigg Brathwaite won the toss and chose to field first. Sri Lanka posted 169 in their first innings, with Lahiru Thirimanne making 70 and Jason Holder taking 5/27 for the West Indies. 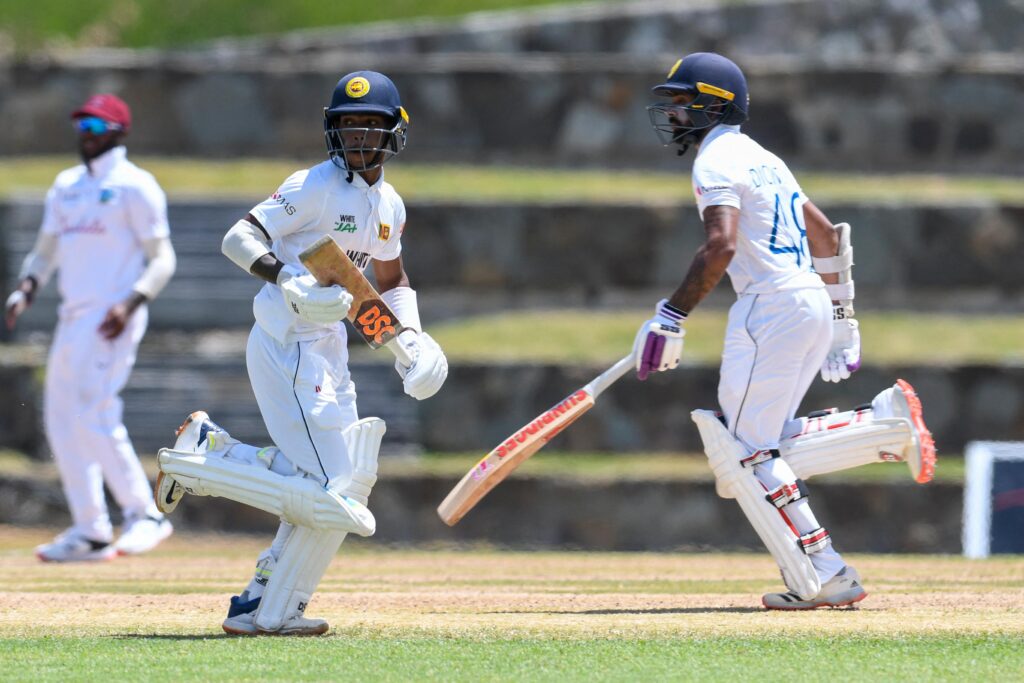 Niroshan Dickwella Drops The ‘K’ From His Last Name

During his knock ok of 96 runs, Niroshan hit 8 fours and fell 4 short of his maiden Test century as he was cleaned bowled by Kemar Roach. However, apart from the fact that the wait for his first Test ton got lengthened, there was also something strange noticed on his Test jersey as well.

The wicketkeeper-batsman was spotted wearing a jersey with a different name than the usual one. It was observed that Niroshan had dropped the ‘K’ from his last name’s spelling, shortening it to Dicwella from Dickwella. The reason for changing the name on the jersey is still unknown. Nothing was revealed regarding the reason behind dropping ‘K’ from the name of the player.

This was the second time Dickwella was dismissed in the 90s this year, with his previous score in the 90s coming against England in the home Test series, as he made 92. He now has 17 fifties without a century. This has also helped him to enter the record books by becoming the player with most fifties in Test cricket without scoring a century.

At stumps on day four, chasing 375, West Indies were at 34 for 1 after 20 overs. They still need 341 runs to win the Test match on the final day with nine wickets to spare.

Also Read: He Is A Real Option: Mike Hesson On The Possibility Of AB De Villiers Keeping Wickets In IPL 2021

West Indies vs Sri Lanka 2021, 2nd Test: When And Where To Watch, Live Streaming Details