Veteran South African cricketer Jonty Rhodes could give a real run for money to most modern-day fielders, given his displays in the ongoing Road Safety World Series. Jonty Rhodes made fans walk down the memory lane through his electric piece of fielding for South Africa Legends against Bangladesh Legends in Raipur on Monday. South Africa beat Bangladesh by ten wickets to record their fourth win in the tournament.

The run-out effected from Jonty Rhodes occurred in the final ball of the fourth over when Mehrab Hossain jabbed towards point and sprinted for a quick single. Nevertheless, it was not a wise choice to take on Rhodes’ arm even if he is as old as 51. The veteran got around the ball rapidly and a slightly off-balance Rhodes struck the base of the stumps at the non-striker’s end with a direct hit. 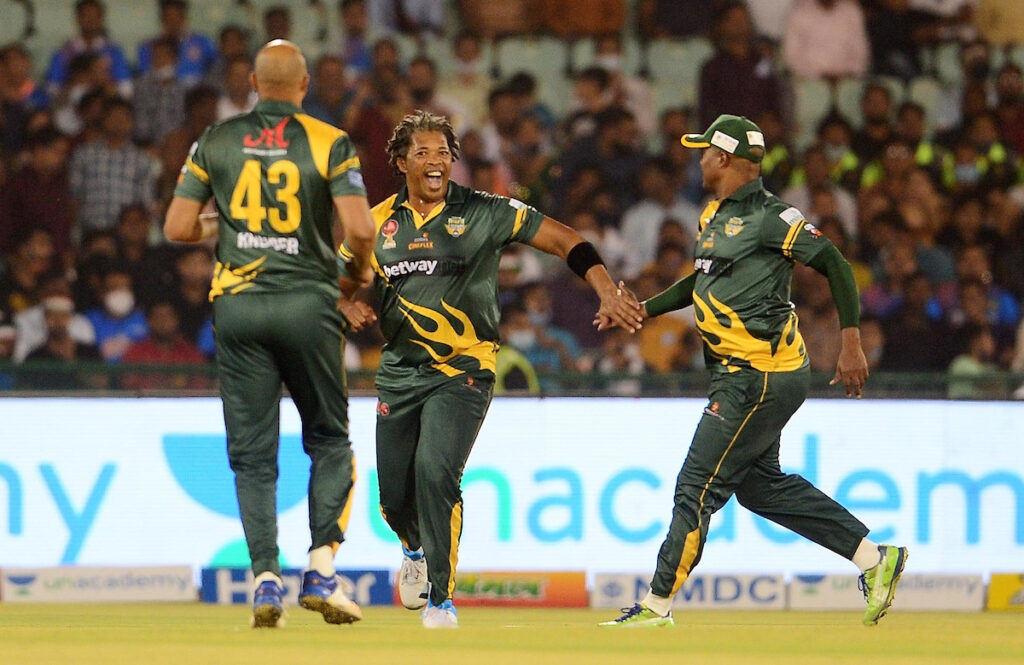 Soon after, his teammates gathered around him to celebrate a mind-boggling run-out. The fans had indeed got to watch the replication of the 90s when Jonty used to do it frequently. In fact, last year, a video went viral when during a Kings XI Punjab’s practice session, he made a full-stretch dive to hold on to a catch. Since retiring from international cricket in 2003, the 51-year old has been involved in various coaching roles, specifically with the Mumbai Indians and Kings XI Punjab. In September, he took over as Sweden team’s head coach.

Below is the clip of Jonty Rhodes’ jaw-dropping piece of fielding display:

Sachin Tendulkar’s Childhood Friend Assures Fans They Have Nothing To Worry About; Says Hospitalizing The Legend Is Only A Precautionary Measure