In a nostalgic moment for cricket fans all across the globe, two of the biggest cricketing heroes of their generation met each other once again. Sachin Tendulkar and Brian Lara met on the eve of the India Legends vs West Indies Legends clash in Road Safety World Series 2022. WI-L captain Brian Lara took time for his training session to enter the dressing room of India Legends and met the players, some of whom are his close friends.

Lara also met his fiercest rival on the field during their playing days, who is Sachin Tendulkar. But not to forget, Tendulkar and Lara were also best of friends too.  Lara had missed the first match of West Indies Legends and his team will benefit a lot after his arrival. 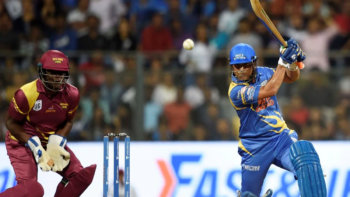 He arrived in Kanpur on Monday and would be looking to help West Indies Legends beat India Legends tonight (September 14). Even without Lara, the West Indies side was able to beat Bangladesh Legends by 9 wickets. They will look to do the same to Sachin Tendulkar’s India tonight.

India Legends make a winning start to their campaign

On the other hand, India Legends had started off their contest a few days back with a superb win over South Africa Legends who are being led by Jonty Rhodes. India had displayed an all-round game in that match to beat SA Legends by 61 runs. It was a brilliant show if batting, fielding, and bowling by Indian players.

Fans would be eagerly waiting for a good show from Sachin Tendulkar. He may be on the other side of his 40s now but the champion cricketer still can pull off those cover drives and straight drives. One other thing that stands out is his competitive spirit. It was all due to his passion for winning that India Legends clinched the inaugural edition of the league last year. Tendulkar would be eyeing their second successive trophy this year too.

ALSO READ: God, Please Save Water, Save Life: People On Social Media Made A Sincere Request To Sachin Tendulkar Following His Latest Tweet

Reverse Swing And Variable Bounce Were Beneficial For Us, Says Mohammed Shami