An umpire is an indispensable part of the game, but perhaps they do not get as much credit as they deserve. While the game is all definitely about its players, there is no denying the fact that umpires also play a critical role. From ensuring that the matches are being played in the right spirit of the game, players are not bringing disrepute to the game to ensuring that the whole match concludes on a good note, umpires have their plates full with the responsibility when they walk out on the ground. An umpire also remains under severe pressure during the international games as even the smallest of mistakes can change the course of the game.

At the same time, their unthankful job is also a tiring one. While the players get a chance to relax in the dressing room during one part of the match, the umpires do not get the luxury. So as the year is approaching its end, we are taking a look at five umpires who officiated the most number of One-Day Internationals this year.

At fifth on this list are as many as seven umpires – Anil Chaudhary, Kumar Dharmasena, Chris Gaffaney, Shaun George, Ian Gould, Paul Reiffel, Rod Tucker. All the seven umpires officiated in eight One-Day Internationals this year.

Having officiated nine One-Day Internationals in 2017, Simon Fry and Richard Kettleborough are joint-fourth in this list.

With 11 games to his name. India’s Chettithody Shamshuddin is third on the list. He is one of the only three umpires who have officiated in more than ten games this year. 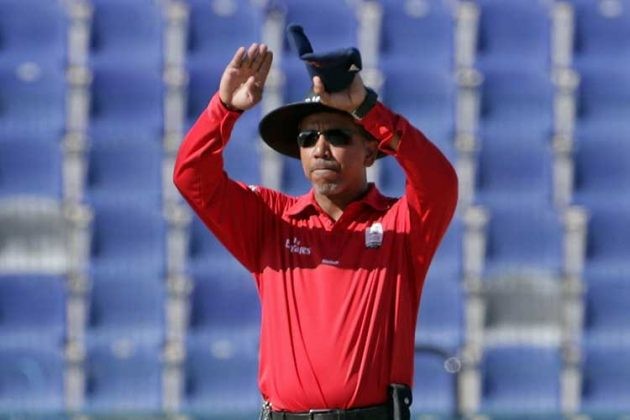 The cricketer-turned-umpire from West Indies is second in the list with 12 games to his name.

At number one on this list is Sri Lanka’s Ruchira Palliyaguruge and he is leading the list by a good margin. The 49-year old officiated as many 19 ODIs this year which is seven games more than the second-placed umpire on this list.

5 Most Loved Cricket Umpires Of All-Time