5 International Cricketers Who Got Married With Their Relatives

5 International Cricketers Who Married Relatives; Celebrities have always been the major talking point for the fans across the world. They love knowing about their idols or heroes and wants to follow their lifestyle. With the emergence of social media, the connectivity between the celebrity and fans has become very easier. During the course of interaction with the fans on social media, more often than not, they get those love and marriage proposals from the fans, which shows their love.

Of late, we came across the celebrities marrying only celebrities or their childhood friends. However, one can’t interfere in someone life, as there are certain freedom rights for every individual and it is solely a personal issue. However, there is a myth, which says that people of the same family shouldn’t get married. Nonetheless, these five cricketers proved that there are no barriers in love and married their relatives. 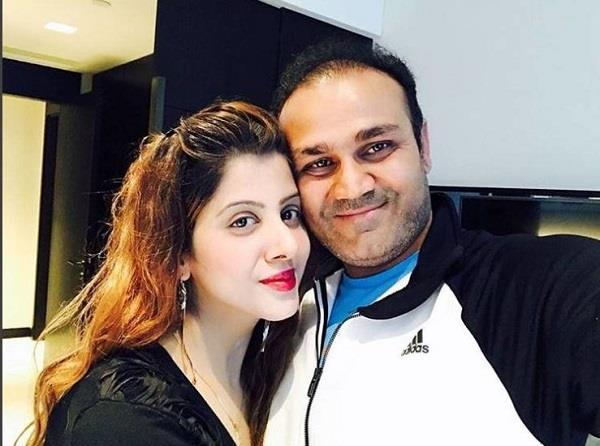 The swashbuckling opening batsman has always been a unique person in his life. The fun-loving character always looked at things in an efficient way thus making things sort out easily. Much to the same, he had a similar impact on his marriage as well.

Virender Sehwag and Aarti Ahlawat – They have been married for the last 12 years and have two sons. But did you know the fact that Aarti is actually a distant relative of Sehwag?

Sehwag was just 21 when he proposed to Aarti. They dated for five years, after which the duo got married on April 22, 2004. Now, they are proud parents of two boys, Aryavir and Vedant.

I just love what I script. Over the years, Cricket has been my passion and crisping articles on it gives me an immense pleasure...Cheers...!!!

5 Teammates Who Bore Hatred Between Themselves