Meanwhile, Blizzard, who started his journey from Victoria in 2005 has confirmed his exit. Further, he played first-class cricket for Tasmania and South Australia as well but made his name in the shortest format.

So far, the southpaw has played 98 T20 games and finished with a career strike-rate of 132.57. Moreover, he has fie Big Bash title to his name –  three with Victoria and one with the Redbacks in the old state-based competition, as well as the Thunder’s BBL 5 crown.

The 33-year-old joined Sydney Thunder ahead of BBL 4 and finishes as the club’s fifth highest run-scorer.

Time to be a more family man

Post the announcement, Blizzard he will look to finish his MBA and look after his wife’s business. Moreover, it was a wonderful journey and also thanked his franchises and teammate for giving such wonderful memories.

“I’ve played cricket for 15 years, 10 of those on the road, that’s where the decision has come from,” said Blizzard. “I’ve got two units of my MBA to finish, while I look to support my wife’s business. I gave cricket a good crack and I loved it, but now it’s time to be a family man and look for opportunities outside of playing professionally,” he added.

Blizzard admitted that he wants to free up space for some youngster to take the place. He also disclosed that he will look to contribute to Australian cricket in future. 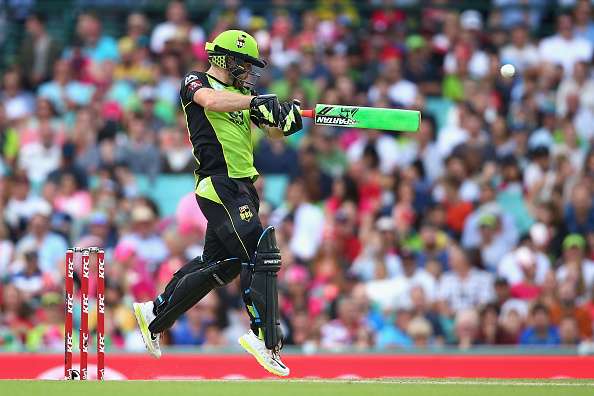 “I’d love to free up a place in the squad for someone young to come through and enjoy similar experiences to what I’ve had.  I’m thankful to have played cricket and would love to contribute to Australian cricket moving forward,” he concluded.

Meanwhile, Thunder is in the running to sign Windies all-rounder Andre Russell, who was earlier a part of the squad. Moreover, they’re also in talks with an England international.