The team members played a fantastic all-round cricket at Dubai International Cricket Stadium, Dubai. Well, a lot had taken place during the game to make it to the talking points of the day.

However, earlier in the day, Hong Kong skipper, Anshuman Rath won the toss and opted to field first. India was off to a cautious start with the openers, Rohit Sharma, and Shikhar Dhawan put on 45 runs before losing the first wicket. Meanwhile, Hong Kong bowler, Eshan Khan provided the first breakthrough.

Moreover, there stood a great partnership between Dhawan and Rayudu. The duo added 116 runs for the second wicket, and Kinchit Shah did the rest for Hong Kong. However, Dinesh Karthik and Dhawan were looking good and were creating pressure on the opponent. Meanwhile, Kinchit Shah picked up the danger man Shikhar Dhawan. However, after Dhawan’s fall, Hong Kong bowlers shattered India’s middle-order by taking three wickets in a span of just three overs.

Post that, India couldn’t put some good show and was losing wickets at a regular interval. Kinchit Shah was the man who bagged three wickets and India managed to post a total of 285 runs with the loss of seven wickets at the end of 50 overs.

However, while chasing down the target, Hong Kong started their innings brilliantly.

The opening pair, Nizakat Khan and Anshuman Rath partnered 174 runs. India failed to break the opening stand of Hong Kong till the 34th over. However, Kuldeep Yadav did the job for India picking up the wicket of Anshuman Rath. He departed by scoring 92 runs off 115 balls smashing twelve boundaries and one six.

Indian debutant, Khaleel Ahmed picked up his first wicket by bowling a good length delivery to Nizakat Khan who was looking so dangerous. However, after losing Hong Kong’s opening pair, they lost another two wickets 24 runs on the scoreboard.

Meanwhile, Chahal picked up two quick wickets in his last over and put the pressure on Hong Kong’s batsman and Khaleel and Kuldeep bagged with three. However, Hong Kong only managed to score 259 runs losing their eight wickets at the end of 50 overs. 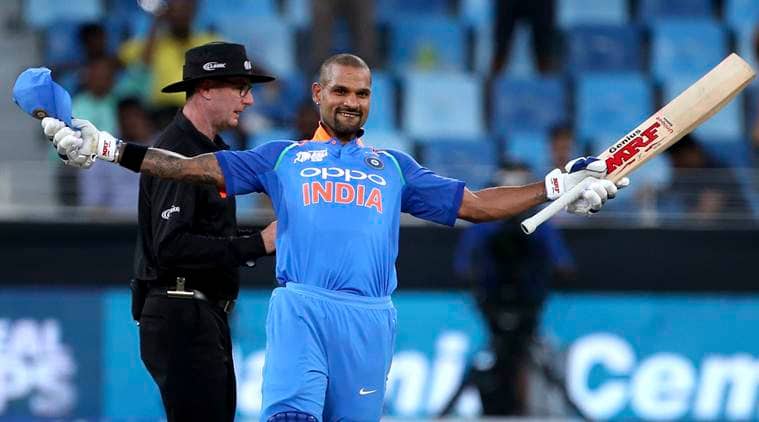 The southpaw, Shikhar Dhawan reached his 14th ODI ton against Hong Kong in his side’s first game at the ongoing Asia Cup 2018 in UAE. He opened the Indian innings along with skipper Rohit Sharma and completed his century in the 36th over of the match. He scored 127 runs in 120 deliveries smashing fifteen boundaries and two huge sixes.

However, with this century, Dhawan has equalled with Yuvraj Singh’s ODI century. He also became the first Indian to score a century in the UAE, since 2000. 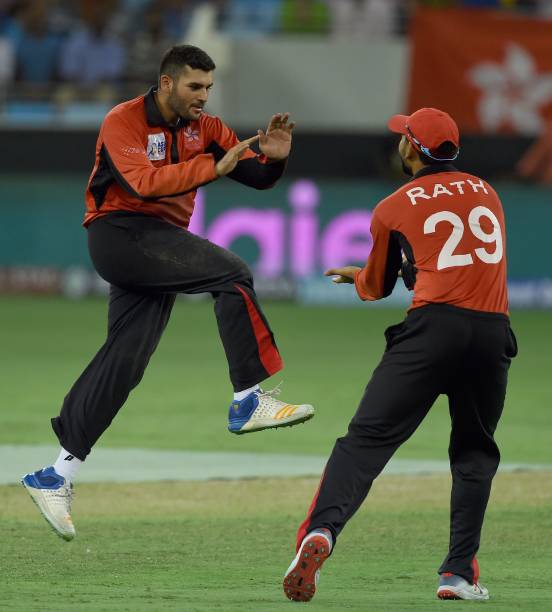 Kinchit Shah picked up three wickets to his name to restrict India at 285 runs at the end of 50 overs. Moreover, he took the wicket of Shikhar Dhawan who was looking dangerous and at one point of time was looking to cross the 150-run mark.

However, he also took the wicket of Dinesh Karthik who could turn the match at any point of time. He bowled a wonderful spell of nine overs picking up three-wickets and just gave away 39 runs.

Shikhar Dhawan and Ambati Rayudu had a partnership of 116 runs India after losing its first wicket at 45 runs, the duo, Dhawan, and Rayudu added 116 runs for the second wicket. Both of them played some excellent cricketing shots and helped India to post a target of 286 runs.

However, Rayudu added 60 runs off his bat and he was playing cautiously to put a huge score. Dhawan and Rayudu took 130 deliveries, to lay the foundation for India’s total after the early dismissal of skipper Rohit Sharma. 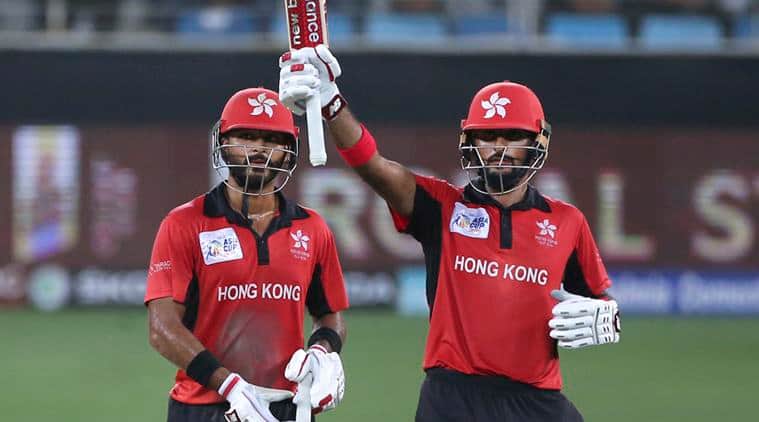 Hong Kong openers, Nizakat Khan and Anshuman Rath had got off to a superb start and completely dominated the bowling attack in the first powerplay against the defending champions in the Asia Cup 2018.

Nizakat and Anshuman continued to pile on the pressure on the Men in Blue scoring 174 runs for their first wicket.

However, Nizakat Khan and Anshuman Rath broke a 17-year-old record to register the highest ODI partnership for an associate nation against India.

The opening pair of Hong Kong broke the record of Kenya’s K Otieno and R Shah in 2001.

Nizakat Khan’s memorable knock of 92 came to an end, as he’s trapped in front by Khaleel Ahmed. It was his first ODI wicket and that too in his debut game. However, he picked up three wickets giving 48 runs bowling his ten overs.

Khaleel Ahmed bowled brilliantly under pressure, and he will keep his place for the next match against Pakistan.