Meanwhile, India will start their campaign against Hong Kong on September 18 (Tuesday). It will be dress rehearsal against the minnow for the vital clash against the arch-rivals Pakistan.

However, given the 40-degree heat of Dubai, and the fact that they play Pakistan the day after meeting Hong Kong, India might choose to rest some of their first-choice players. This might open chances for the young seamer from Rajasthan, Khaleel Ahmed.

Rohit Sharma also spoke highly of the 20-year-old young left-arm pacer. In a tournament with plenty of left-arm pacemen, he gives India another dimension.

“He’s a great variation to the squad, but he also generates quite a bit of pace. He’s young, quite talented and can swing the ball as well at the same time,” said Sharma. “I’m looking forward to him playing and doing well for the country,” Rohit Sharma said on the eve of the game.

Continuing the same line, the skipper added that Khaleel Ahmed has got the skill set to be successful in international cricket. However, he feels he now has to get out in the middle and perform. 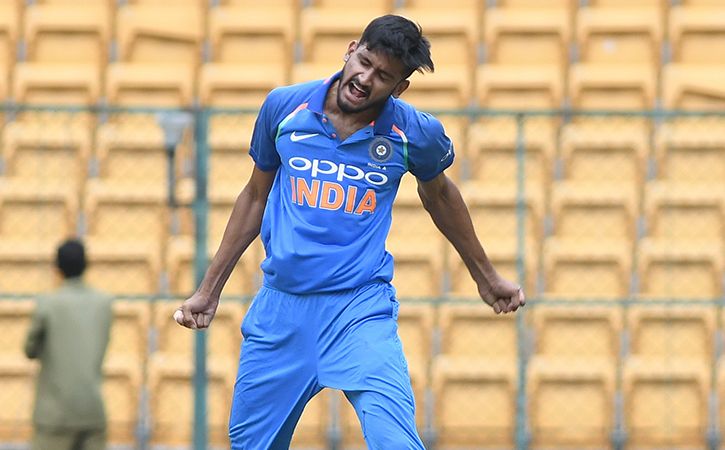 “From whatever I’ve seen of him, he can get batsmen into trouble – I can surely say that. Khaleel Ahmed has got a great skillset. It’s a matter of going out there and doing it. He’s not played any games, but again, he’s got all the tools required to play at the highest level,” Rohit Sharma signed off.

Team India will be desperate to do well after the recent snubbing against England in the ODI and Test series.