Hailing from a small village called Naichanpur, Ashok Dinda has crossed many hurdles to play for the Indian National Cricket team. Spotted by a coach from Kolkata, Dinda’s journey as a cricketer begun as he brought Dinda to Kolkata and gave him a contract with the very famous Kalighat Club. Since then, he has never looked back making his first-class debut for Bengal in 2005.

Ashok Dinda impressed in his very first season with Bengal with his consistent pace, generated from an exaggerated leap into his delivery stride. His impressive stint in the domestic circuit earned a spot in Kolkata Knight Riders for the inaugural edition of the Indian Premier League. Despite being a late addition to the site, Dinda returned with nine wickets in 13 games at an economy rate of 6.66. Subsequently, he earned a spot in the Rest of India squad for the Irani Trophy, which by his own admission, took him by surprise. One year later, he made his T20I debut against Sri Lanka. To make things even better, Ashok Dinda made his debut in 2010 when the selectors picked him for the ODI and T20 squads for the tour of Zimbabwe after the selectors decided to rest several senior players. Although his international career lasted for only 13 ODIs and nine T20Is, picking 29 wickets in all, Dinda has been a star performer for Bengal. The lean pacer has been the highest wicket-taker for Bengal season after season without much attention. As of now, Dinda has 417 wickets to his name from115 first-class games and 141 wickets from 91 List A matches.

In between his domestic and international appearances, Ashok Dinda has featured in IPL for many franchises. He has 68 wickets to his name from 78 IPL games at an economy rate of 8.22. Although the economy rate has been on the higher side in the IPL, the 35-year-old fast bowler boasts an economy rate of 7.62 which is quite acceptable in the shortest format. 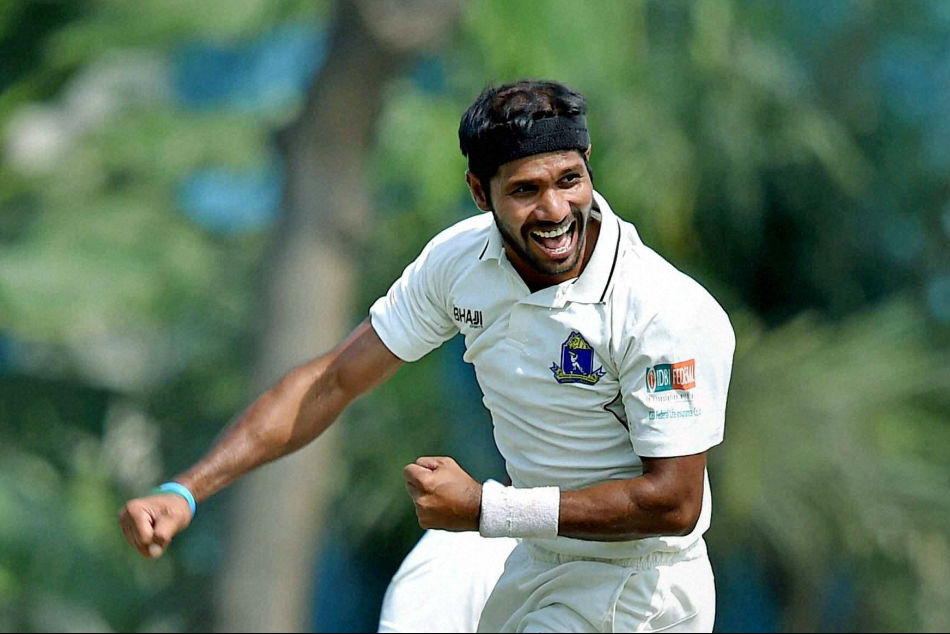 Meanwhile, Ashok Dinda has been at the heart of the social media trolls in the ongoing season of the Indian Premier League (IPL). Every time a bowler went out for too many runs, the fans have morphed Dinda’s images to mock him. Things went out of hand when Royal Challengers Bangalore’s official Twitter handle followed the trend too and mocked the senior cricketer. They have dragged the Bengal pacer whenever a bowler had an off day in the business saying that the particular bowler has joined the Dinda Academy. It has been a trend on social media since the start of IPL 2019.

Two days back, during the game against Royal Challengers Bangalore and Kings XI Punjab, the official Twitter account of RCB also took a sly dig after Umesh Yadav defended 27 runs off the last over to give his side the vital two points. They soon deleted the tweet after receiving heavy criticism from the fans.

However, Ashok Dinda has hit back at his critics finally putting a social media post with pictures showing his statistics. He also urged the trollers to keep his name out of their mouth.

Haters, helping you get you statistics right. Stop and stare well your opinion is not my reality. So shut your hating selves and keep me out of your mouth.

Although he has been the target of many trolls, Ashok Dinda boasts a strong CV which suggests otherwise. He bowls with a big heart and has been the leader of Bengal’s attack for quite some time now. Time will only say if the trollers will take learning from here on but the veteran fast bowler has continued with his business and will focus on the same in the upcoming domestic season.