The 30-year-old Alex Hales was in England’s 15-member preliminary squad for the upcoming marquee event. However, he took a break from cricket without citing the date of his return, his county team had announced earlier. Although he will be returning for the England camp, Hales will not feature in Nottinghamshire’s home game against Leicestershire on Friday. 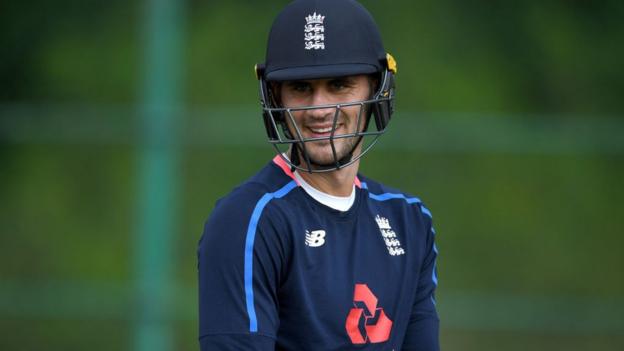 Ales Hales has a lot to prove

Meanwhile, the camp in Cardiff will also feature fast bowler Chris Jordan and Jofra Archer who are not in the 15-member squad. However, they will have an opportunity to force their way in the top 15 with strong performances in the upcoming series against Ireland and England. Moreover, England skipper Eoin Morgan who missed Middlesex’s game against Surrey on Thursday with a sore shin will also join the squad along with Jason Roy who sustained a back spasm on Tuesday.

Alex Hales, who has been an integral part of the England ODI side has been out of form in recent times. He will look to gather his confidence back in the upcoming series before marching towards the World Cup. The 12th edition of the quadrennial tournament commences on May 30 with host England taking on South Africa in the tournament opener at the Oval. Hales so far has played 70 ODIs for England hitting six centuries and will look to improve his statistics in the showpiece event. Furthermore, Ben Stokes and Jofra Archer will now fly back to England to join England’s camp. They played their last game against Kolkata Knight Riders in the Indian Premier League last night and will now head back home. Jonny Bairstow and Jos Buttler have left earlier to join the camp.