The internet is flooded with memes of footballer Neymar mocking his exaggerated diving and rolling on the ground during the FIFA World Cup games. The Brazil international was trolled brutally for playacting. He faced the wrath over the social media for one particular incident during Brazil’s pre-quarterfinal clash against Mexico.

Mexico player Miguel Layun had stepped on Neymar’s ankle. And the Brazilian star’s dramatic overreaction caused quite a stir on the social media. The overreaction created huge number of memes and now those memes have found their way in cricket too.

On Thursday, Australia star Glenn Maxwell brilliantly compared Yuzvendra Chahal to Neymar after the India spinner rolled on the field following a throw from Hardik Pandya hit him on his knee during the first ODI against England. The incident had taken place in the 28th over of England’s innings.

Ben Stokes flicked a Chahal delivery to mid-wicket and took off for a quick single. Pandya came charging in and threw the ball with full force towards the non-striker’s end. Chahal tried to avoid the throw as it came at an awkward length to him but could not. He jumped to save himself but the ball went on to hit him on his right knee. The very next moment, Chahal was seen rolling on the ground in pain. However, he soon stood up and went to his fielding position with a smile on his face.

But his rolling action was enough for Maxwell to compare him with Neymar. The Australia allrounder posted a picture of Chahal on his Instagram story with the caption “Neymar” followed by some emojis. 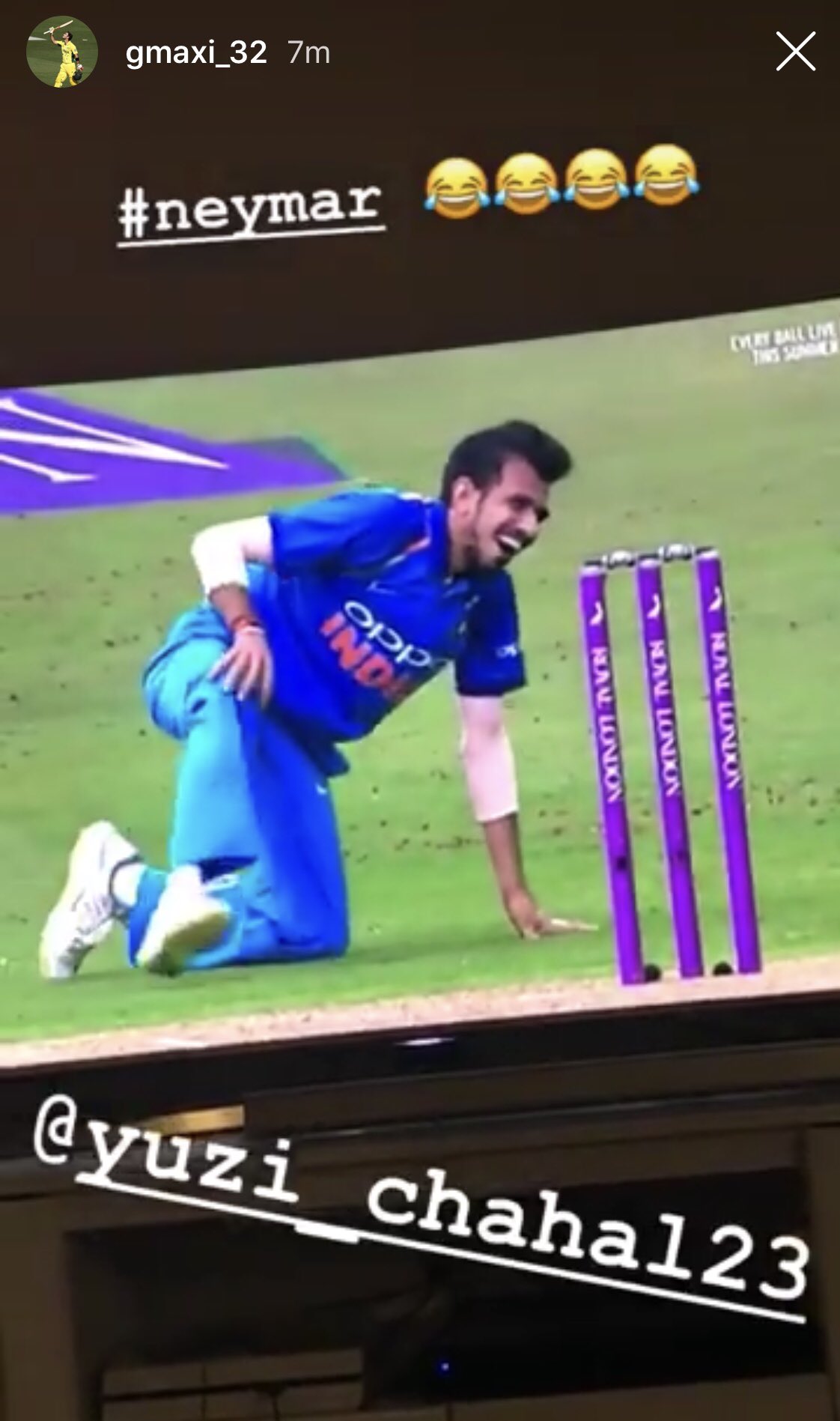