In the ongoing Test match between India and the Windies in Rajkot, the 18-year old debutant, Prithvi Shaw became the second youngest batsman to score a Test century as an opener.

However, the youngster looked brilliantly from the beginning of the match against the Windies‘ bowlers. However, he was able to reach the milestone with the help of fifteen boundaries.

Earlier in the day, India skipper, Virat Kohli won the toss and elected to bat first. The opener, KL Rahul scored a four-ball duck, and after that Shaw and Pujara took the initiative to score runs. Meanwhile, in the process, Prithvi became the fourth youngest batsman overall to score a century on debut after Mohammad Ashraful, Hamilton Masakadza and Saleem Malik. 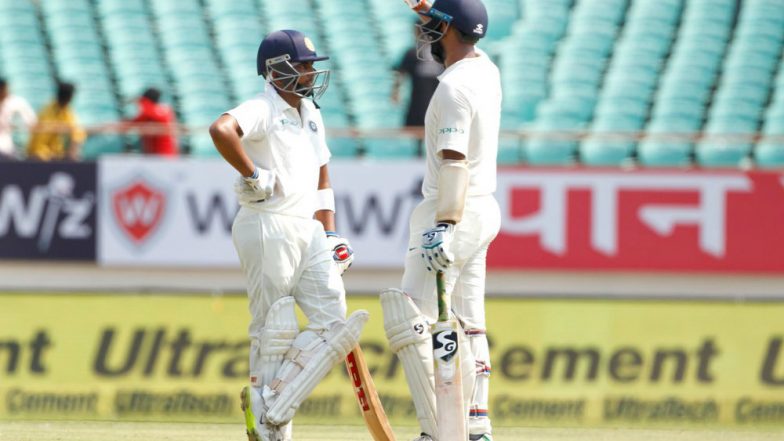 In addition to that, Shaw and Pujara partnered well scoring 150+ runs partnership for the second wicket. The veteran, Cheteshwar Pujara gave excellent support to the young new member of the team.

Records made by Prithvi Shaw in his debut match:

2nd youngest to score a Test century as an opener

3rd youngest to score a century on Test debut

3rd fastest century by a player on Test debut