Veteran India cricketer Yuvraj Singh, who won the match of the series award during India’s successful campaign in 2011 World Cup is likely to announce his retirement today. The veteran cricketer has called for a media interaction at a plush South Mumbai hotel on Monday giving a hint at his possible retirement.

Meanwhile, Yuvraj Singh was last seen in the recently concluded IPL for the Mumbai Indians. He played only four matches in Mumbai’s successful campaign scoring 98 runs including a fifty against Delhi Capitals in their tournament opener. Since the conclusion of the IPL, there were reports that the veteran all-rounder is pondering over a possible retirement to ply his trade in various ICC approved T20 franchise leagues. A senior BCCI official had recently told PTI that Yuvraj is thinking of calling it quits from international and first-class cricket.

Also read: A Top, Top Win For us, Says Virat Kohli After Victory Over Australia

“He would like to speak to the BCCI and get more clarity on plying his trade in tournaments like GT20 (Canada), Euro T20 Slam in Ireland and Holland as he has offers,” a BCCI source privy to the development had said.

However, if Yuvraj Singh decides to put curtains on his careers, it shouldn’t come as a surprise to anybody. He has left behind his glory days behind playing his last Test in 2012 while his last ODI and T20 came in 2017. The Punjab-born cricketer who fought cancer to return to the cricket field has represented India in 40 Tests, 304 ODIs, and 58 T20Is. Meanwhile, he was a limited-over specialist winning India many matches throughout his career. Yuvraj’s six sixes in an over of Stuart Board in the 2007 World T20 will forever be in the heart of the cricket lovers. 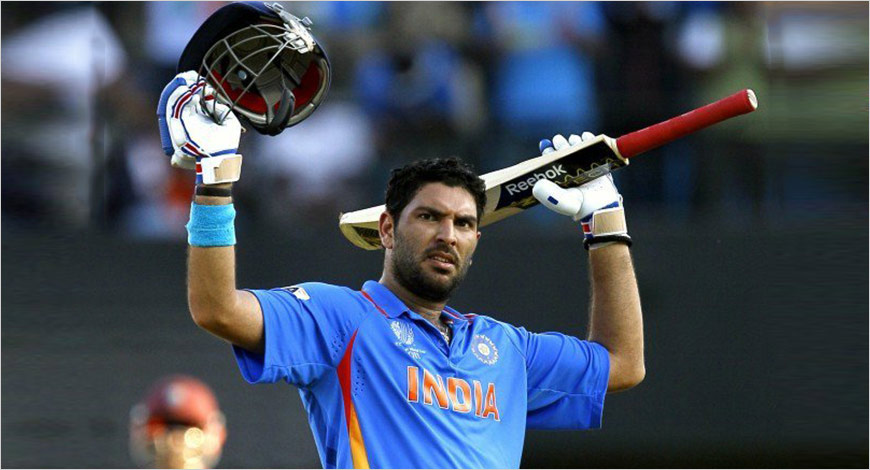 Yuvraj Singh will go down as one of India’s greatest all-rounders ever in the history with 8701 ODI and 1177 T20I runs to his name. He was also more than an able bowler well-known for his breakthroughs in the middle overs.

The Blue jersey will surely miss a champion cricketer like Yuvraj Singh.