Pakistan batsman Babar Azam and New Zealand bowler Mitchell Santner have topped the MRF Tyres ICC Players Rankings for T20I Batsmen and Bowlers respectively. Babar and Santner were top performers for their respective sides in the recently concluded T20 series between Pakistan and New Zealand, the former winning it by 2-1.

Babar rose of 11 places as he finished as the leading run-scorer in the series (109 runs) that has put him on top for the first time. He now leads Australia’s Aaron Finch (784 points) by two points.

Babar is the second Pakistani batsmen to achieve this feat after Misbah-ul-Haq, who had climbed to the number-one spot in 2009.

Swashbuckling New Zealand opener Colin Munro, who started the series as the No one batsmen slipped to the fourth spot after a disappointing series. He registered only 50 runs in this series.

Ahmed Shehzad is his side’s second highest-ranked batsman in the shortest format as he finds himself in the 25th spot. However, Sarfraz Ahmed and Fakahar Zaman were the biggest gainers.

Sarfraz’s 79 runs in the series lifted him from 76th position to 55th, while Fakhar has occupied the 71st spot after rising 41 places following his series aggregate of 99 runs. 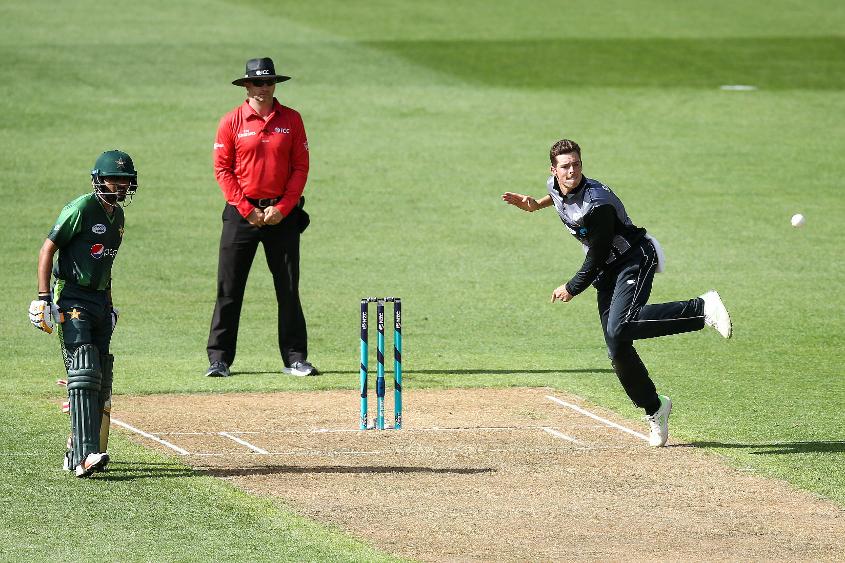 Sodhi is currently at the third spot managing to claim only two wickets and lags behind Santner by si points. Santner is the fourth New Zealand bowler after Daniel Vettori, Shane Bond and Sodhi to claim the coveted number-one position.

However, there is no change in the all-rounders’ list, which is still headed by Shakib Al Hasan of Bangladesh, with Glenn Maxwell of Australia in the second spot.

You can learn a lot from MS Dhoni: Ankit Sharma