London, Sep 12:  He listed weaknesses aplenty but a combative India captain Virat Kohli insisted that neither is the 1-4 Test series loss to England all that hard to take nor does his side require any “massive” course correction.

India was mostly outplayed by what was being considered a relatively weak England team, which had its own share of batting woes throughout the series.

“We understand why this series has gone the way it has and we don’t see a massive-massive portion that we need to correct. If you are competing in every game, and you have an upper hand in every game at some stage or the other, you are doing something right,” said a defiant Kohli after the 118-run loss in the fifth and final Test Tuesday.

The defeat in England added to the team’s poor statistics on foreign soil, a tour of South Africa earlier this year being another missed opportunity.

“Not hard at all (to take these series’ defeats in South Africa and England) because what matters to me is the kind of attitude you play cricket with. We said at the end of the fourth game that we won’t throw in the towel and we didn’t,” he said.

Speaking about the many weaknesses of the team that lay thoroughly exposed, Kohli said the inability to capitalize on positions of strength stood out.

“We created pressure. We were not able to hold that pressure for long enough with the bat and the ball as well…they (England) took advantage of those situations better than us,” he said.

The captain was not particularly amused when questioned whether coach Ravi Shastri’s pre-match claim that this was the best touring Indian team in the last 15 years, was something he believed in.

“We have to believe that, why not? What do you think?”

In response to an “I am not sure” from the questioning scribe, Kohli retorted, “That’s your opinion. Thank you very much.”

But he did acknowledge his side’s failure to get more out of the conditions, which England exploited to the hilt.

“We are not starting behind all the time you know and we have fought back in this series…we do not look at this series as something that makes us think we can’t play in overseas conditions…but can we capitalize on the important moments better than the opposition? At the moment, no, we haven’t done that,” he conceded.

“Our aim is to win series, not to win the odd Test match and be happy about it. We are definitely not happy about the way the series has gone, but we played with the right attitude and with the will to win every game that we played,” said Kohli.

“We were a bowler short in the second innings as well, but even then the batsmen came out and played liked that. A lot of teams in the past basically have given up but we did not.

“If you keep winning all the time a lot of faults are swept under the carpet. You don’t realize the faults you need to work on and I certainly haven’t played my cricket like that,” he added.

India started Tuesday adrift of the 464-run target but KL Rahul scored his fifth Test hundred and Rishabh Pant scored his maiden Test century as they gave hope for a draw to the dressing room.

Witnessing their 204-run stand for the sixth wicket, the skipper said that there was an odd thought of victory too.

“We did have that thought at tea to be honest, purely because of the way these guys battled and got us to a situation during tea time where all results looked possible. So, I think that it’s down to the brilliance of these two that made us think that way,” he said.

The skipper said there have been key learnings in this series for him and his team going ahead.

“We’ve had conversations around specific situations we were in and why they went away from us. A lot of time it’s been on missed opportunities in the field. We have definitely spoken to individuals and tried to understand what they were thinking in certain situations,” he said without getting into the specifics.

Praising the Indian bowling attack, Kohli said, “I would like to offer specials congratulations to them for the way they have bowled.

“Because of them only we were in competitive situations because they were dismissing the opposition twice in the matches. That’s a big boost for us.”

As for the batsmen, Kohli said issues have been discussed.

“The next series we play, we’ll try to play optimistically from the beginning so that we don’t play catch-up from the start. In difficult conditions, if you are on the back foot from the start then to recover it’s very difficult,” he said.

Kohli finished as the highest run-getter in the series but was unable to help India record a win in England.

Talking about his duel with veteran England pacer James Anderson, Kohli said it was fun.

“We haven’t had any arguments at all. Through the series, it’s been nice and competitive. We have had a word here and there, but it’s been sarcastic and nothing too serious. Guys like him test you all the time,” he said. 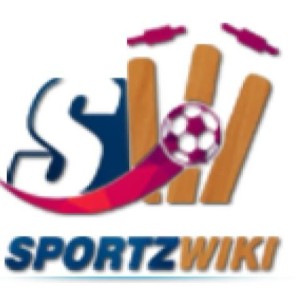