Aaron Finch’s magical knock went in vain as contributions from all the batsmen put England 2-0 ahead in the five-match Gillette ODI series. England went past Australia’s score of 270 with 34 balls to spare and five wickets in hand. Australia made three changes from the opening match, with debutants Alex Carey and Jhye Richardson, and Cameron White coming into the first XI.

Australia’s middle-order worries continue as they failed to capitalize the good start courtesy, Aaron Finch after Steve Smith won the toss and decided to bat first at Gabba. Warner and Finch posted 68 for the first wicket before Warner departed. Warner slapped a couple of stunning straight drives back past pacemen Chris Woakes and Mark Wood before edging one to Joe Root off Moeen Ali.

With Moeen purchasing some turn, England skipper Eoin Morgan handed the ball to part-time spinner Root. Root surprised as he bagged Australian skipper Smith plumb in front and followed it up with simple caught and bowled to dismiss Travis Head, who struggled to find the gaps, the hosts’ innings was in danger of stalling at 3-124.

Meanwhile, Finch registered his 10th ODI hundred to become the sixth Australian batsmen to do so.

Australia lost wickets in quick succession at a crucial time. When Marcus Stoinis was caught behind for four to give Rashid the second wicket, Australia had lost 3-7, and a total beyond 300 suddenly looked unlikely. Alex Carey was inventive and energetic in a brief cameo of 27 from 24 before he was run-out. Experienced Cameron White (15 from 21) and Andrew Tye (8) helped Australia post 270. 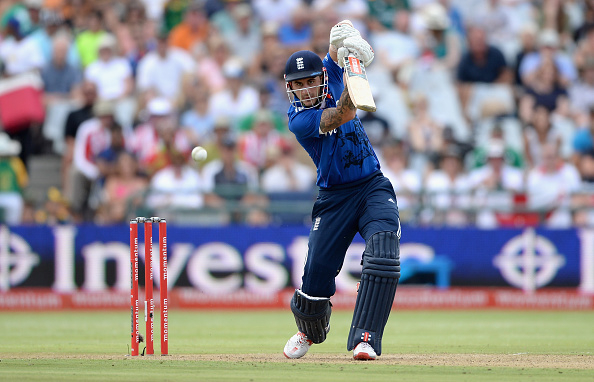 In reply, England got off to a flier as Jonny Bairstow (60), and Alex Hales (57)  shared a 118-run stand for the second wicket, after losing Jason Roy early. Both registered their maiden half-centuries against Australia in the process.

Root followed his unbeaten 91 in Melbourne with another matured knock of 46*, comfortably maintaining his strike-rate along at around 80 as he again adopted the anchor role, while Jos Buttler (42 from 32) played his shots.

Starc struck twice in his final over to finish with 4-59, offering a reminder of his one-day threat with a searing yorker to knock over Moeen Ali for one. Richardson had an impressive debut, which hit speeds of above 145kph regularly and claimed 2-57.

However, Root teamed up with Chris Woakes (39no off 27), who played a terrific cameo late on to help get the tourists home.

JP Duminy Smashes 37 runs in an Over

IPL 2021, Match 3: SunRisers Hyderabad vs Kolkata Knight Riders (SRH vs KKR) – When And Where To Watch, Live Streaming Details

I Was Under Pressure In The Middle Overs; Credit To Avesh Khan And Tom Curran To Restrict Them To 188: Rishabh Pant