Lahore Qalandars, a franchise-based team in the Pakistan Super League (PSL), conducted a trial named Rising Stars in Azad Jammu & Kashmir – the first of its kind in the region. The trails gave Salman Irshad a new ray of hope.  Salman roamed the streets of Rawalakot seeking an opportunity to display his talent. 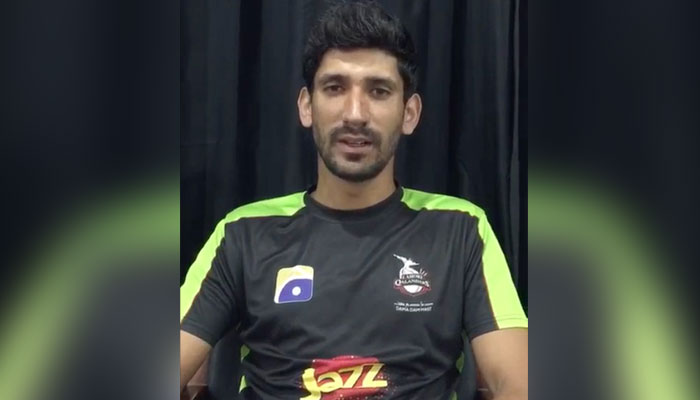 The 22-year-old Irshad was spotted during the Rising Stars trials in AJK, his consistent bowling at over 140kmph speed impressed everyone, including Qalandars’ director cricket operations.

He was soon roped in by the Lahore Qalandars’ Rising Stars squad that travelled to Australia for a quadrangular tournament, where he had an impressed everybody that an Australian Cricket Club Hawksberry CC signed him for the remainder of the season.

Irshad will now make his debut for the upcoming edition of PSL, who can be critical for him to get a call from the Pakistan National team.

“I am so happy to be part of Lahore Qalandars squad for PSL 3. I don’t have words to express how joyous I am today. This is the happiest day of my life,” Salman was heard saying in a video message sent to Geo.tv.

Irshad further admitted that everyone is happy back home and wants him to play for Pakistan.

“I am receiving calls from every part of Kashmir. They’re telling me that they all are praying for me. I give credit to Aaqib Javed and Qalandars management for picking me from nowhere and placing at the top level,” the young fast-bowler stated.

CEO of Lahore Qalandars, Atif Rana said that with Salman’s inclusion Kashmir cricket has formally been brought into mainstream cricket arena of the country.

“We have practically connected Kashmir to Pakistan in cricket. We wanted to do something for cricket in Azad Kashmir which motivated us to organize open trials there. Salman was spotted during the trials and I am very hopeful that he’s one talent who can become first Kashmiri player to represent Pakistan at international level,” Rana admitted.

The third edition of PSL will kickstart from February 22 with the first match being played between new entrants Multan Sultans and defending champions Peshawar Zalmi.