All the cricket fans watching Roger Federer in action on Monday at Wimbledon were in a for a huge surprise.  It looks like his friendship with cricket legend Sachin Tendulkar has made big impact on him as the tennis legend channeled his inner Tendulkar during his round of 16 match.

Federer advanced to the next stage by beating 22nd seed France’s Adrian Mannarino 6-0, 7-5, 6-4. But the game’s result was not the main talking point on Centre Court. What stole the show at the Centre Court was the Swiss playing a textbook forward defence that would even make Tendulkar proud.

It happened during the set of the game. Federer over-hit a backhand and when his opponent courteously returned the ball, the eight-time Wimbledon champion decided to showcase his cricket skills. He made a forward defence much to everyone’s surprise. In fact, it was so obvious that Wimbledon’s social media account went on to tweet about it, asking ICC to rate the shot.

And the ICC did not took long to respond to the query. In fact, it went on to give Federer the top rank in ICC Test batsmen’s rankings.

Meanwhile, Federer and Tendulkar’s friendship is well known to the world. Tendulkar is a big Tennis fan and makes it a point to pay a visit to the grass courts every now and then. Last year, Sachin had attended the semifinal clash between Federer and Tomas Berdych. 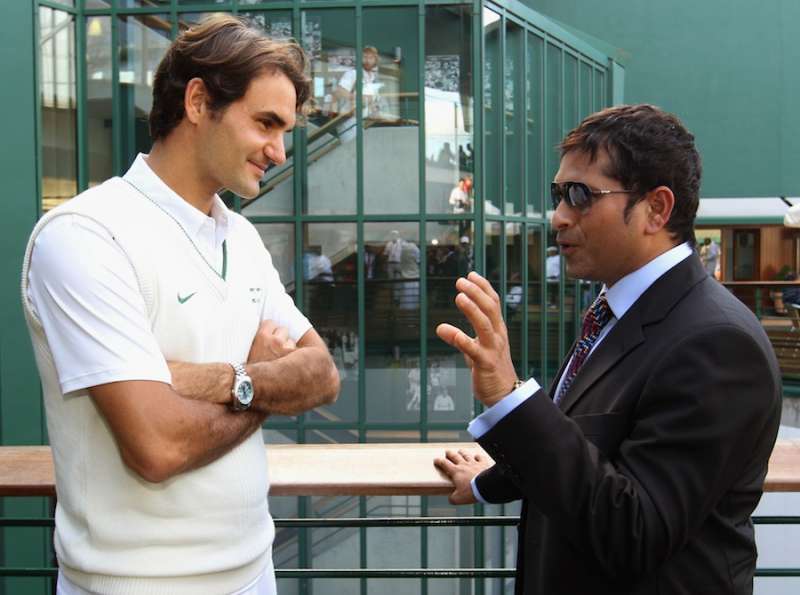 Last year, Sachin had revealed his fascination for Federer, saying:

“When Roger plays (cricket) video games, Roger prefers to be Sachin and when I am playing any racquet game, I prefer to be Roger,” Tendulkar had said.

“It is fantastic because you rub shoulders with some of the champions not just in the current era. When I was at Wimbledon I got to meet the great Rod Laver, Bjorn Borg, they are all amazing personalities,” he had said about his visit to Wimbledon.