Legendary Pakistan player, Wasim Akram is unhappy with the Pakistan Cricket Board (PCB) for calling captain, Sarfraz Ahmed home. A couple of days before the ICC had suspended the Pakistan skipper for using racist remarks against Andile Phehlukwayo. It was during the second ODI in Durban, when the incident happened, and the repercussions soon followed. Meanwhile, Wasim quoted saying Sarfraz shouldn’t have used such words, but to speculate his future was also wrong on the board’s part.

The ICC had suspended Sarfraz was four matches, which meant he was out for the last two ODIs and the first two T20Is. However, he could be available for selection for the final T20I. But now, it cannot happen, as the PCB had called the skipper back home from South Africa.

The greatest left-arm fast bowler added more than anyone it was the Pakistanis across the world who made this issue a big thing.

“It was a wrong decision to call him back from South Africa when he could have played in the final T20 on February 6,” said Akram. “What Sarfraz did was wrong but it is also a fact that more than anyone else, Pakistanis around the world hyped up his comments and created an issue,” said the fast bowling great.

Wasim Akram, who is also on the PCB’s cricket committee, was clear in his thoughts that there was no need for a change in captain ahead of the 2019 World Cup.

“There is no need to change the captain before the World Cup. We need a long term captain, not a short term one. Shoaib Malik is leading the team now and is doing a fine job but even he has said he will retire from ODis after the World Cup,” he said.

Sarfraz Ahmed is a fighter – Akram

Wasim further opined the reason for backing the skipper. Akram said only because Sarfraz is a fighting captain, and had led his team across formats with courage; he’s supporting him.

“He is still learning and will get better as he matures and gains more experience. It would be wrong to remove him as captain.”

Meanwhile, Shoaib Malik has been named as Pakistan’s captain in the meantime. He will lead his team in the series-deciding ODI against South Africa on January 30th (Wednesday) in Cape Town.

Author
Gautam Sodhi
I am more than just a cricket lover. I have been breathing this game since I was three, and now I am making a living out of it. Also, FC Barcelona happens to be my second love, and evidently, I prefer Lionel Messi over Ronaldo.

A three-wicket haul from Mohammed Shami, and good support from the spinners, and a good partnership between Shikhar…
byAnkush Das

For a bowler of Ashish Nehra’s calibre, playing just 17 Tests does not sound good. He made his…
byCA Editor 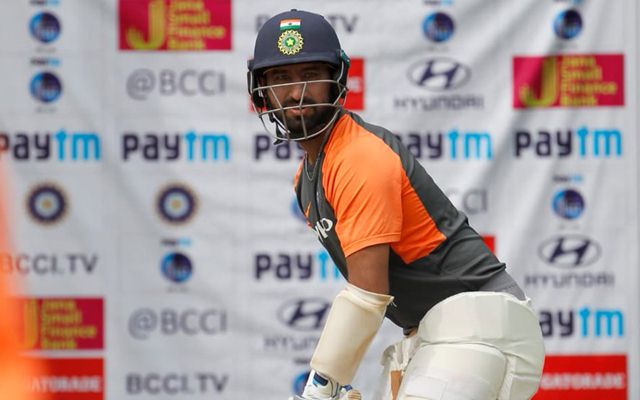 Former India captain Sunil Gavaskar felt that had Cheteshwar Pujara stayed at the crease for a bit longer,…
byCricAddictor Staff