India has produced quite a few fast bowlers in recent times, who have impressed with good pace. The current pool of seamers is capable of bowling constantly at 140kph. However, Varun Aaron surprised everybody with his raw pace way back in 2011. Aaron grabbed headlines bowling at 153kph in a Vijay Hazare Trophy 2017-18 game.

Soon, Aaron made his ODI debut for India against England. Since then, the Jharkhand boy has played only nine Tests and an equal number of ODIs.

Moreover, Aaron came short in the race with a number of injuries. Further, he was too wayward at times trying up his pace. 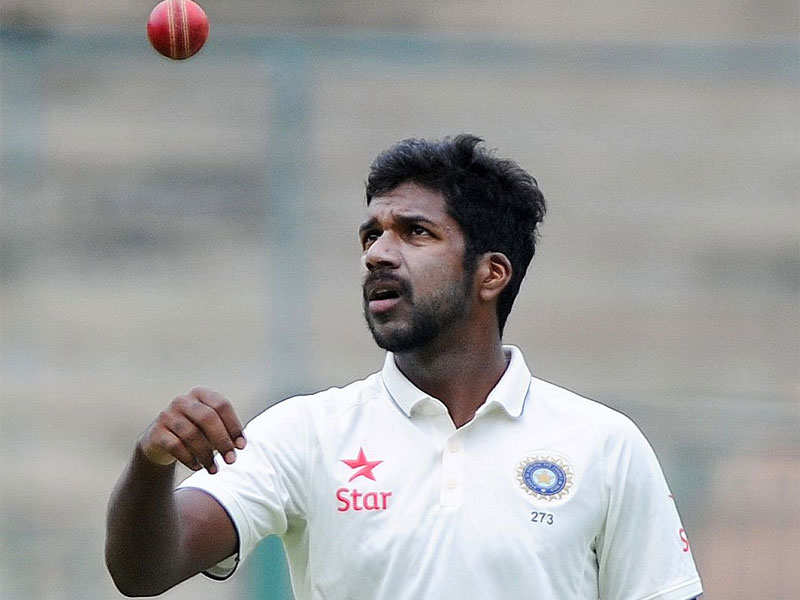 Tough to make a comeback:

The 28-year-old Aaron last played in 2015 for India. However, he is hopeful to make come back despite knowing it to be tough.

“It’s tough to make a comeback to the national side. I have almost played a full domestic season after a long time which I was really looking forward to. I played the whole Ranji season, then Syed Mushtaq Ali, and now the Vijay Hazare Trophy. A lot of questions used to be raised if I would last the whole season.I have put that to rest now. So there is no concern over my fitness now,” Varun said to Cricketnext.

However, he is happy with the way he is shaping. Further. he admitted that competition has never bothered him.

“We played in Jharkhand mostly and the away games that we played were on good batting tracks too. So all-in-all I think I bowled well. Numbers do matter at the end of the day. I can’t go and tell everyone how well I bowled. So I guess I just have to take it with a pinch of salt,” Aaron added. Aaron spoke highly of Indian skipper Virat Kohli. Also, he added that it is his backing that has helped the current crop of fast bowlers. Aaron also feels that fast bowlers are turning into match winners now.

“You saw how the Indian pacers bowled in the last series. The conditions were good and the pacers delivered. That is because Virat supports the pacers well. He loves backing his fast bowlers and that’s why India is doing so well on away tours too,” Aaron stated.

Meanwhile, Aaron missed on an IPL bid this year. However, he is aiming to improve his bowling playing County Cricket.

Shahid Afridi may consider an international return this year

Watch: After Being Racially Abused At The SCG, Mohammed Siraj Once Again Abused By Australian Fans At The Gabba

Watch: Rishabh Pant Literally Begs Ajinkya Rahane To Go For A Review As Other Indian Players Share A Hilarious Laugh

Virat Kohli Is The Best White-Ball Batsman In The World: Isuru Udana

If Jasprit Bumrah Plays In Brisbane, He Will Largely Benefit The Indian Team: Madan Lal