When there is a contest between India and Pakistan, everyone from both the teams tries to give their level best. However, India and Pakistan will be eager to play against each other in the upcoming Asia Cup 2018 in the UAE. The game is scheduled to take place on September 19th though.

However, every time India and Pakistan play amongst each other, there comes something new to be remembered amongst the fans.

The players put some memorable moments which gets recognised in the hearts of every fan. Meanwhile, there comes a lot of enthusiasm, excitements, and drama when India and Pakistan came up against each other.

The audience in the stadium along with the others who all watch on a big screen feels the same feeling, and they cheer a lot for their team.

Here are all-time favourite moments between India and Pakistan matches.

Some ten years ago, India won their first T20 international in a thrilling encounter against Pakistan at the Kingsmead, Durban. The match ended in a draw, and the decision was taken in a ball-out basis.

However, after winning the toss, Pakistan had elected to bowl first and restricted India to 141. However, while chasing down the target, India fast bowler, RP Singh managed to keep the Pakistan scoreboard on 141 at the end of 20 overs. Thus the result was decided on the ball-out basis.

However, for India Virender Sehwag, Harbhajan Singh and Robin Uthappa hit the stumps. Meanwhile, Pakistan’s Yasir Arafat, Umar Gul and Shahid Afridi all missed the target. However, India won the match by 3-0 in the bowl out method.

The two arch-rivals were locking horns against each other after a gap of three years on the international cricket on March 1, 2003. Pakistan was looking to register their first win against India in the World Cup.

Meanwhile, the ‘Men in Blue’ were eyeing progression onto the next stage, and therefore, both teams had plenty to play for.

However, more than the result itself, the match is best remembered for Sachin Tendulkar’s blazing 98 which paved the way for India’s emphatic win. 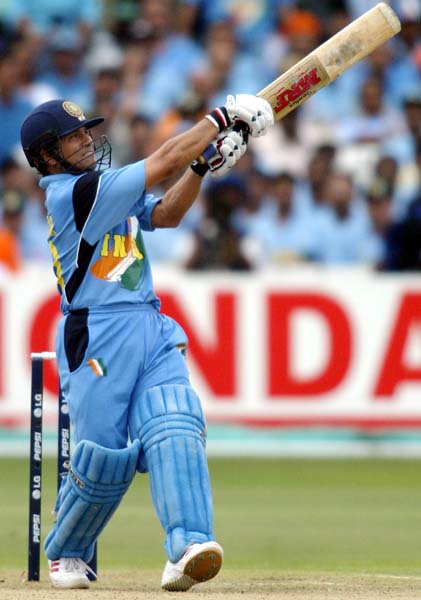 On the other hand, Shoaib Akhtar, known for his fiery pace, was also shedding fire in the 22 yards. However, Tendulkar got the better of Akhtar this time. He smashed an outside off delivery for a six over the third-man region which will remain in everybody’s memory for long. 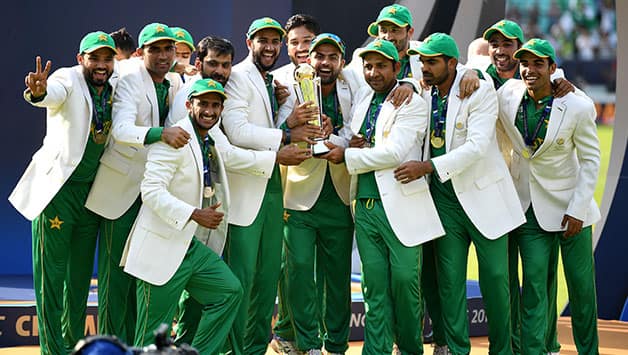 In the last year Champions Trophy final between India and Pakistan, India had won the toss and elected to bowl first. Azhar Ali and Fakhar Zaman started their innings furiously.

Fakhar Zaman was the highest-scorer of the match scoring a brilliant knock of 114 runs smashing 12 boundaries and three massive sixes. Bhuvneshwar Kumar, Kedar Yadav, and Hardik Pandya each picked up one wicket.

However, in reply, India opener Rohit Sharma scored a three balls duck. The top-order and the middle-order failed to score runs, as the Pakistan bowlers were picking up wickets at regular intervals. Later, Hardik Pandya started to show some cricketing shots. He scored 76 runs off 43 balls smashing six massive sixes and four boundaries. Hasan Ali and Mohammad Amir bagged with three wickets to his name.

However, Pakistan won the match by 180 runs and lifted the Champions Trophy for the first time.