We believe we can win in South Africa says Virat Kohli

Virat Kohli and the Indian team will start their all-important overseas tours after having a successful long home season. The men in blues flew to South Africa to play matches all across the formats which will test the mettle of this Indian team. 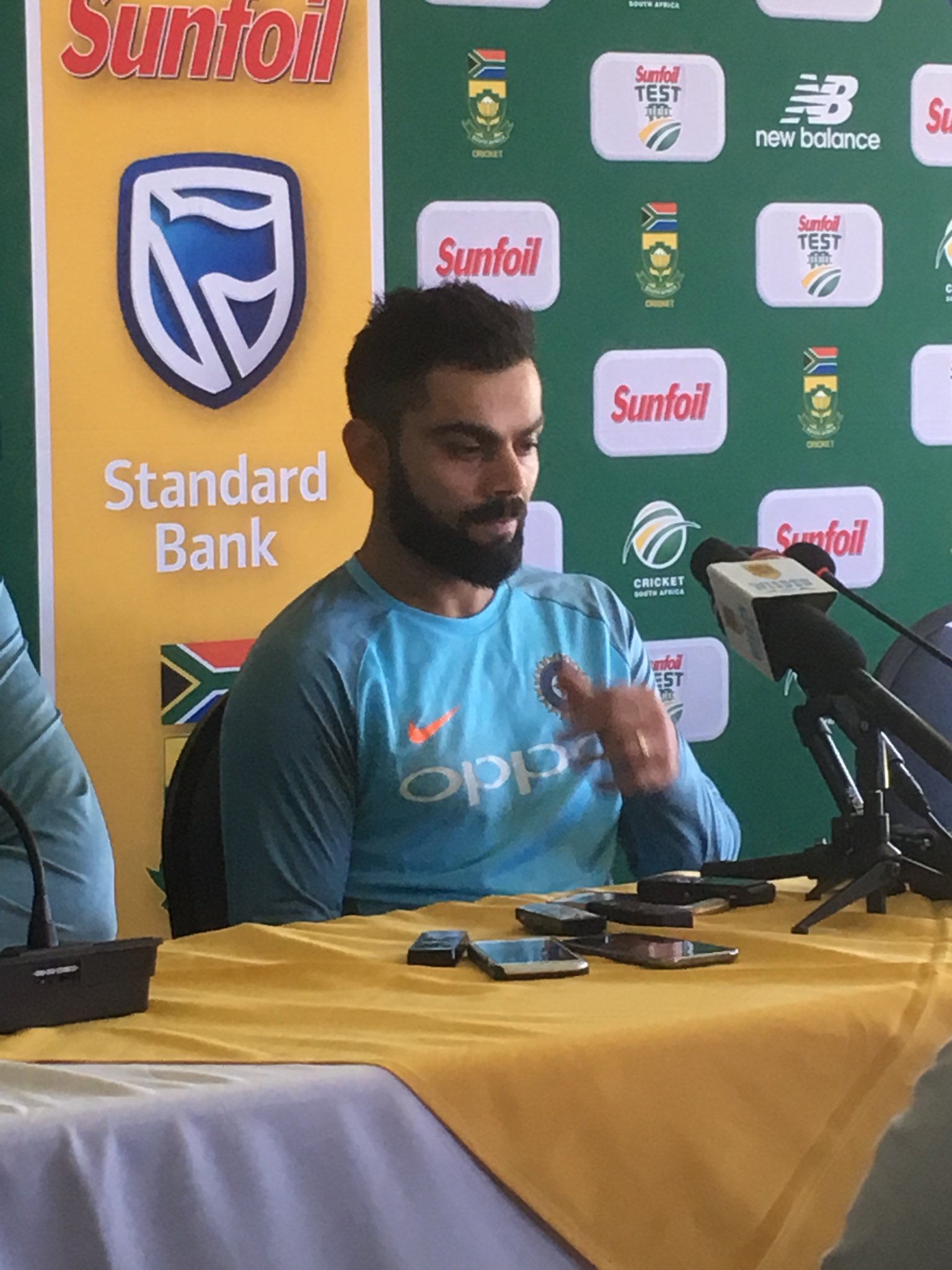 Kohli led Indian side is unbeaten for quite some time now, but they have most of the matches at home conditions. However, they will be tested in the challenging conditions where the ball will swing and bounce more.

Indian skipper Kohli will also return after taking a short break from international cricket. Kohli’s captaincy will also be tested for the first time when he pushed into challenging situations. However, it is well known that Virat likes to take up challenges. Virat is confident about his team’s success and is eager to do well in the Rainbow Nation.

Kohli in an interview after reaching South Africa said that the players believe that they are capable of winning in South Africa.

We believe in ourselves and we believe we can win South Africa. We wouldn't have got on the plane otherwise. pic.twitter.com/YVHhJLbRzy

“We believe in ourselves and we believe we can win South Africa. We wouldn’t have got on the plane otherwise.”

However, India will miss the services of in-form opener Shikhar Dhawan. Lokesh Rahul is expected to slot into his place.

Also Read: I am Sure Virat Kohli will Lead from the Front: Virender Sehwag

India will play three Test matches, followed by six ODIs and three T20Is. India will start the campaign with the first Test match in Capetown from January 5.

No Request By The BCCI On Release Of Prithvi Shaw And Suryakumar Yadav For India’s Test Team: Shikhar Dhawan