Former Indian batsman Sunil Gavaskar opined that Mumbai Indians (MI) batsmen, Suryakumar Yadav and Ishan Kishan have let down the intensity after getting selected in the Indian squad for the upcoming T20 World Cup. Gavaskar said their lacklustre attitude is showing in the type of shots they’re playing.

The duo of Suryakumar and Ishan has been touted as the next big thing in Indian cricket. They’ve made their chances count at the highest level of play and look like sureties in the Indian lineup. However, this might have affected how they’re playing in the IPL, Gavaskar mentioned.

“I think it looks to me like Suryakumar Yadav and Ishan Kishan have just relaxed a little bit after getting the India cap. They might not have, but some of the shots they are playing, it looks like they are trying to play these big shots just because they are India players.”

“Sometimes what happens is, you gotta give yourself a little bit of time, and you gotta get your shot selection right. And I think that is where they have missed this time around, where their shot selection has not been exactly correct, and that’s why they’ve got out cheaply,” 72-year-old Gavaskar said. 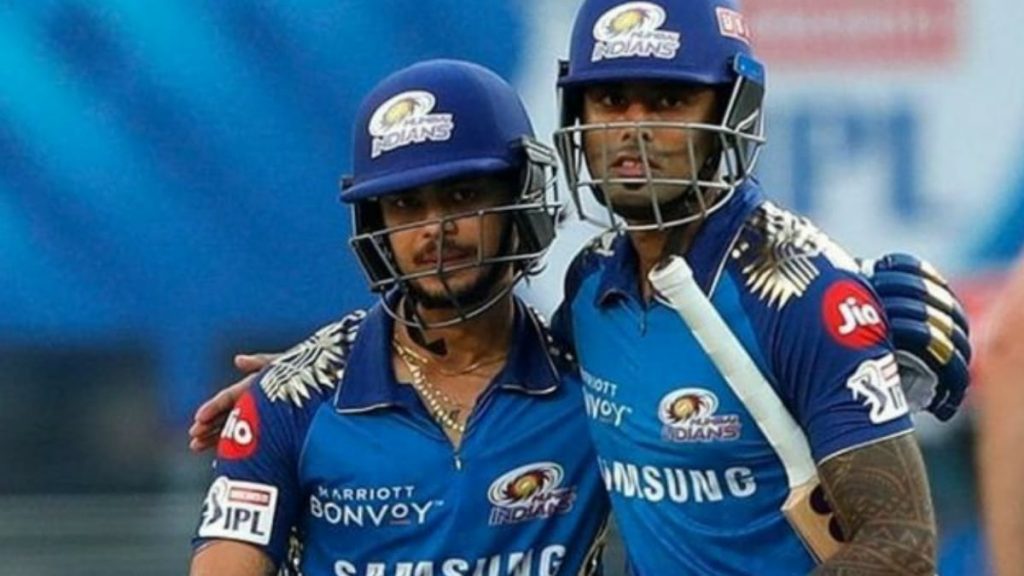 “Hardik Pandya, not bowling is a big blow for India as well” – Sunil Gavaskar

MI all-rounder, Hardik Pandya, has been playing in the second leg of IPL 2021 as a specialist batsman. However, he hasn’t fully recovered from his back injury, and his fitness is being monitored. If he cannot bowl for India in the T20 World Cup, it will be a huge blow for the side.

“Hardik Pandya not bowling is a big blow, not just for the Mumbai Indians, but for India as well, because he was taken in the team as an all-rounder. And if you are in the team, batting at No 6 or No 7, and you’re not able to bowl, then it makes it difficult for the captain. He doesn’t get the flexibility and option that is so required for somebody batting at No 6 or 7 like an all-rounder,” Gavaskar added.

MI has looked off-colour in the second leg so far. They have won only one match and lost four ever since the IPL 2021 season resumed in the UAE. As a result, they are doubtful of making the playoffs.

Also Read – IPL 2021: He Will Take Some Solace That He Is Getting Bat On Ball – Brian Lara On MS Dhoni