Balkh Legends will take on Nangarhar Leopards in the ninth match of the Afghanistan Premier League (APL) on October 11 (Thursday) at Sharjah Cricket Association Stadium, Sharjah. Balkh Legends have played three matches and currently standing at the third position while Nangarhar Leopards also have played three games. Leopards are holding at the fourth position on the points table.

Mohammad Nabi who is leading the Balkh Legends team will try to dominate the opposition with their strong batting line up. Chris Gayle, Ryan ten Doeschate and Colin Munro are the key T20 specialist in their team. Meanwhile, Anton Devcich and Andre Russell are the inform batsmen for Nangarhar Leopards who will try to put pressure on the opposition bowling attack.

It is going to be an interesting contest.

Furthermore, Balkh Legends had a crucial last match against Paktia Panthers as they rattled the BK’s batting line-up within 19 overs. Skipper, Mohammad Nabi played an excellent knock to take their score past 150 runs. The bowling department couldn’t make an effect as they only managed to pick up four wickets and Paktia Panthers posted a score of 204 runs at the end of 20 overs.

On the other hand, Nangarhar Leopards also suffered a severe loss in their last game. They batted brilliantly scoring 188 runs at the end of 20 overs. Anton Devcich played a fantastic inning of unbeaten 94 runs. Although there was some excellent knock from the opening pair, they failed to secure the match due to poor bowling performance from their team. Thus, Kabul Zwanan finished the game within the 18h over. 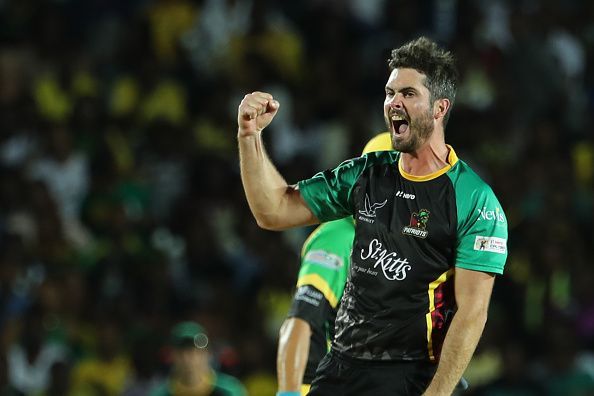 Both the teams will try to rectify their mistakes from the previous match and will be keen to gain two points from today’s game.