After dominating the first day’s play, the England team lost six wickets as they were bundled out for 403 runs as the Aussie bowlers knocked the English tailenders cheaply.

In reply, although Australia lost their openers early, captain Steve Smith and Usman Khawaja steadied the innings as they stitched 124 runs partnership before Khawaja fell apart. However, Steve Smith was class apart as he played a well-paced innings after negotiating the England bowlers at the beginning. 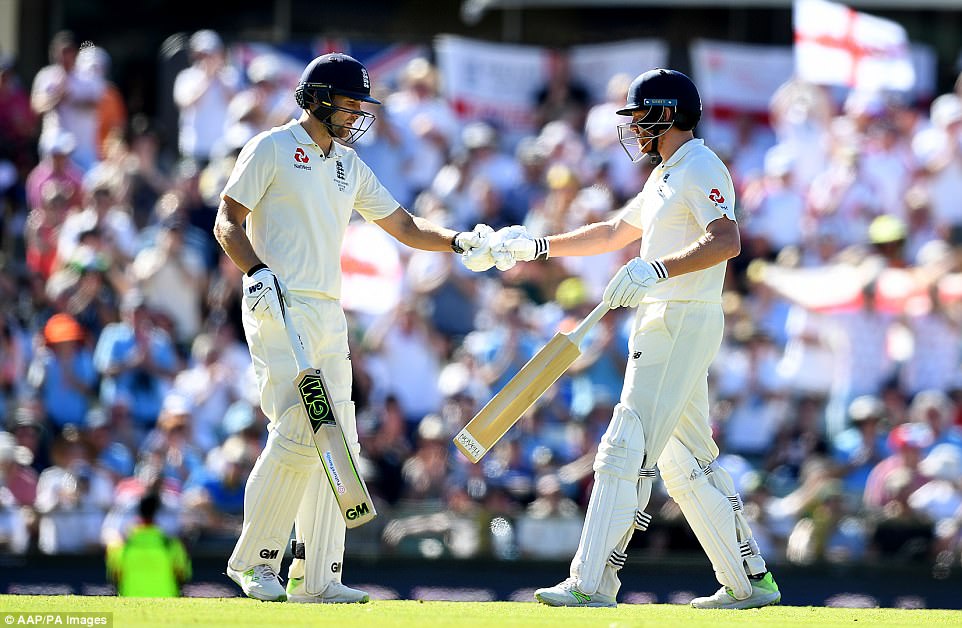 The overnight batsmen Dawid Malan and Johnny Bairstow started well as they reached the 200 run partnership. Wicket-keeper batsmen Johnny Bairstow, who received a lot of criticism after the headbutt incident came into news shattered all the criticisers with a well made hundred and followed it up with a brilliant headbutt celebration. However, England received the first blow as Malan (140) was removed by Lyon, as Handscomb, the substitute fielder took a brilliant catch diving full length to his left.

Since then England lost wickets at regular intervals as the pace trio removed the tails without facing any resistance. Bairstow finished his innings at 119 runs as he gets a big inside edge and the ball clatters into the middle-stump off Mitchell Starc. England finished their innings at 403 runs and needed a solid performance from their bowlers to restrict the star-studded Aussies batting line-up.

In reply, Australia got a good start however both the openers couldn’t convert their starts as Australia was reduced to 55 for 2 after David Warner (22) and Cameron Bancroft (25) were removed in quick succession. Steve Smith, along with Usman Khawaja then started to build a partnership to take their team out of danger. They stitched a 100 run partnership before Khawaja departed after making fighting half-century; however, he will be disappointed not to make it big.

Steve Smith was once again delightful to watch as he played his natural game to take his team out of danger. He scored with a healthy run-rate as he remained unbeaten on 92 runs in just 122 balls with the help of 12 fours and one six, alongside Shaun Marsh, who is batting at seven.