The Indian team after having a successful home season will now visit South Africa over a long tour across all formats. Virat Kohli & Co was keen to have some practice before the start of the tour; however, they were not provided with lively wickets except in Kolkata, where India was bowled out for 172 in the rain affected encounter. Although after remaining unbeaten for nine consecutive Test, former India international Mohammad Kaif still feels that the team’s learning process is still on.

Kaif admitted that the spinning duo of Ravichandran Ashwin and Ravindra Jadeja will have a lesser role to play in the overseas condition and feels that the Indian pacers have evolved through the years.

“We hardly play on pitches like that (in Kolkata). We don’t know tempo of the game (in such conditions). We always see Ravichandran Ashwin and Ravindra Jadeja operating from both ends and winning Tests for India. But now we are going abroad, we will get conditions like that in Kolkata. I am happy that India are playing in pitches, at home, which assists pacers. In the Kolkata Test, we never took the name of Ashwin and Jadeja, though both of them were in the playing XI. It is good that Kohli wants to challenge his team with pace-friendly conditions.” Kaif was heard saying to Hindustan Times.

Bhuvneshwar Kumar was adjudged the man of the match in the Kolkata Test for his eight-wicket haul, although they conceded a crucial lead. However, the electrifying fielder appreciated the Indian fast bowlers for rectifying their mistakes quickly. In a rare occasion in the subcontinent, the pacers accounted for more wickets than the spinner as the fast bowlers picked up 30 wickets in compared to the 22 wickets picked by the spinners.

“In overseas conditions, Ashwin and Jadeja’s role will be lesser. But the current pacers have shown the potential to take 20 wickets. Overseas whenever we have struggled, it’s not because of our batting, we have mostly done well in that department. But it is the bowlers who will win you matches,” Kaif further stated. 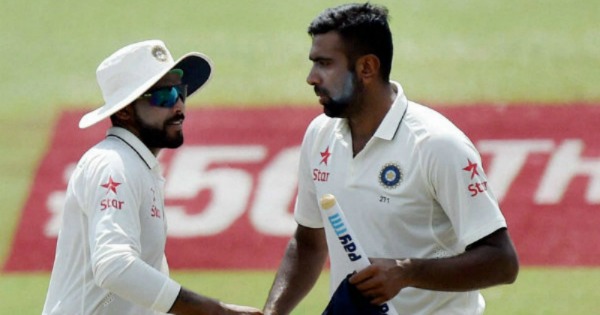 The 37-year-old Kaif feels that the road for Ashwin will be tough Ashwin and Jadeja as the selectors are keen on giving opportunities to young spinners. Kaif, who played 13 Tests and 125 ODIs for India also appreciated Virat Kohli for deciding to play on lively wickets.

“Virat Kohli wants to be leader. The good thing is that he is not thinking about winning or losing. For him the preparation for South Africa was more important,” he signed off.

IPL 2021: No Doubt That Manish Pandey Will Be Dropped From Playing XI Of Sunrisers Hyderabad’s Upcoming Games, Says Ajay Jadeja

IPL 2021: Teams Should Start Picking Players Who Have Talent With Temperament – Manoj Tiwary Takes A Shot At “Overrated Players” After SRH’s Loss To RCB

IPL 2021: You Need To Be In A Good Space In The Nets Session, Mindset Plays A Big Role – Suryakumar Yadav