Stand-in India skipper Rohit Sharma continued his brilliant run with the bat, as he registered his third international double hundred and followed it up with the fastest T20I hundred in just 35 balls alongside South Africa’s David Miller in the second T20I at the Holkar Stadium, Indore against Sri Lanka.

The new opening pair of Lokesh Rahul and Rohit Sharma provided India with a magnificent start, as the hosts posted 260 in their quota of 20 overs.

Rohit Sharma got out scoring 118 runs in just 42 balls well cushioned by Rahul who played the secondary role scoring 89 runs in 49 balls. Sri Lanka started off well, but lost momentum in the middle-overs, as the new spinning duo of Kuldeep Yadav and Yuzvendra Chahal shared seven wickets in between them.

Rohit was in swashbuckling touch, as he hit the ball from the middle of the bat. He hammered all the Lankan bowlers and ran an absolute carnage. His 118 runs saw him play 12 over boundaries and, ten boundaries, as he cleared them with ease. Every cricket fanatics went mad after the hitman show at the Holkar Stadium.

Indian head coach Ravi Shastri also took to Twitter to congratulate the Mumbai batsman for his incredible knock. He wrote,

“Indore went Outdoor to be treated to a HITMAN Masterclass @ImRo45 #INDVSL #TeamIndia.” 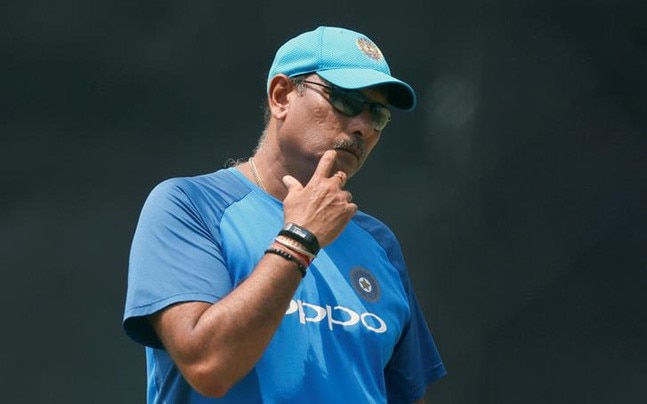 The 30-year-old Rohit also thanked his head coach from the Indian team sarcastically, as he is enjoying a good time both on and off the field.

Thanks Ravi bhai. Even though we were in Indore your appreciation could be heard outdoor @RaviShastriOfc https://t.co/sUoSaTDuGm

“Thanks Ravi bhai. Even though we were in Indore your appreciation could be heard outdoor @RaviShastriOfc”

India will take on Sri Lanka in the last match of the series scheduled to take place at the Wankhede Stadium on December 24 which will provide the Indian team management to test their bench strength ahead of the all-important South Africa tour.