Nice To Score Runs When You’re Not Feeling Good, Says Steve Smith After His Impressive Comeback

Far away from the hustle and bustle of international cricket, disgraced Australia skipper Steve Smith made his much-anticipated return to competitive cricket in a rural town north of Toronto, representing Toronto Nationals in the inaugural Global T20 Canada league.

And while he would have definitely loved a grander stage to make his comeback, it did not stop him from showing his class. The right-handed batsman showed few signs of rust as he smashed 61. The innings came off just 41 balls and contained eight fours and a six.

Speaking after the game, he expressed his delight over scoring some runs.

“I didn’t feel as good as I would’ve liked but it’s nice to score runs when you’re not feeling good,” Smith told reporters.

It was Smith’s first game since he along with David Warner and Cameron Bancroft were banned for their involvement in the ball-tampering scandal in the third Test against South Africa in Cape Town in March, this year. In the aftermath of the, Cricket Australia (CA) had slapped lengthy bans on the trio. While Smith and Warner received one-year ban each, Bancroft was docked with a nine-month suspension.

Smith also had to give up his captaincy in addition being banned from playing for State-side New South Wales and in Big Bash League (BBL).

However, CA had made it clear the forbidden trio would be allowed to play grade cricket. As a result, Smith, and Warner were picked in players draft for the league in Canada.

Smith had broken down while addressing the media after the scandal. However, he said the scandal was not on his mind during his first game back.

“Honestly when I am out in the middle everything else is a blur. Just concentrate on what I am doing and it’s almost like my haven I guess,” said Smith.

“I’m not going to lie, its been a difficult time in my life, there’s no doubt about that.

“But I’ve accepted my punishment, I’ve accepted what I’ve gone through and I’m moving forward and part of my rehab is playing cricket as well and that’s what I love doing,” he added.

Smith also witnessed a heartwarming moment when Chadwick Walton stumped him. He enjoyed a standing ovation from the crowd as he made his way back to the Toronto dressing room. 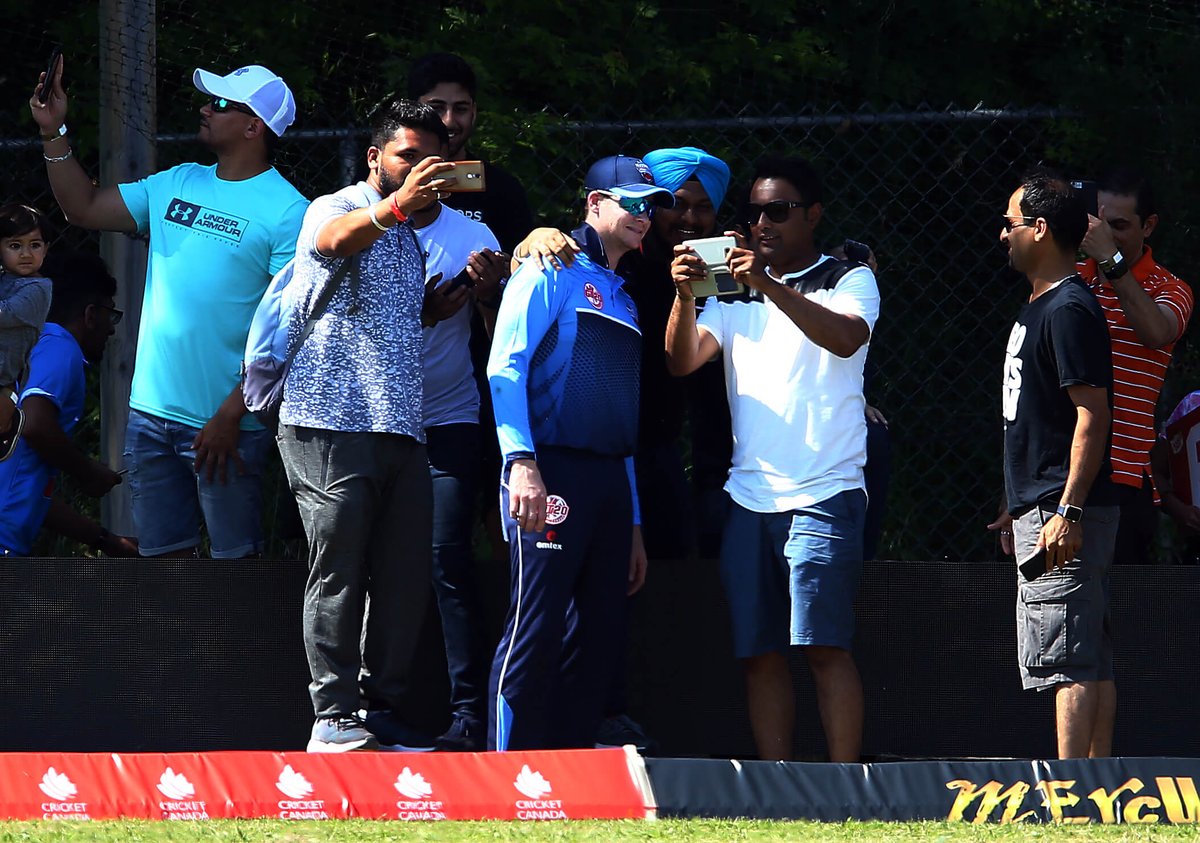 “It’s nice to hear people supporting you,” said Smith. “It’s great to have the support so I am thankful that everyone has been supportive since I’ve been here.”

Coming to the bat, Toronto thrashed Vancouver by six wickets. Vancouver scored 227 for 4 in the 20 overs. Evin Lewis top-scored for them, scoring 96. In reply, Toronto chased down the total with 4 balls remaining. New Zealand international Anton Devcich anchored their chase to score 92 not out.

4 Big Takeaways For India From ODI Series Against Australia

Virat Kohli Is The Greatest ODI Player Of All Time: Aaron Finch