An all-round Pakistan routed Australia 3-0 as they beat the Aussies by 33 runs in the third Twenty20 internationals at the United Arab Emirates (UAE).

Meanwhile, this marked the end of a disappointing tour for Australia, who lost the Test series 1-0 previously at Abu Dhabi. Babar Azam’s 50 had been the highlight of Pakistan’s innings after their skipper Sarfraz Ahmed won the toss.

It hadn’t been plain sailing for Pakistan with the bat. Azam and Sahibzada Farhan – the latter got a nod in place of Fakhar Zaman for this final match – got off to something of a flier. While the first two overs brought just 10 runs, Babar in particular opened his shoulders, and when Farhan smashed Andrew Tye for six over long-on last ball of the sixth over, Pakistan ended the batting Powerplay on 54/0.

From then on though, the wrist-spin combination of D’Arcy Short and Adam Zampa held back the scoring rate with some tight bowling, although Farhan did get Zampa away for an almighty slog-swept maximum in the 12th over. The 22-year-old was out for a 38-ball 39 soon after while Babar Azam departed in the next over. 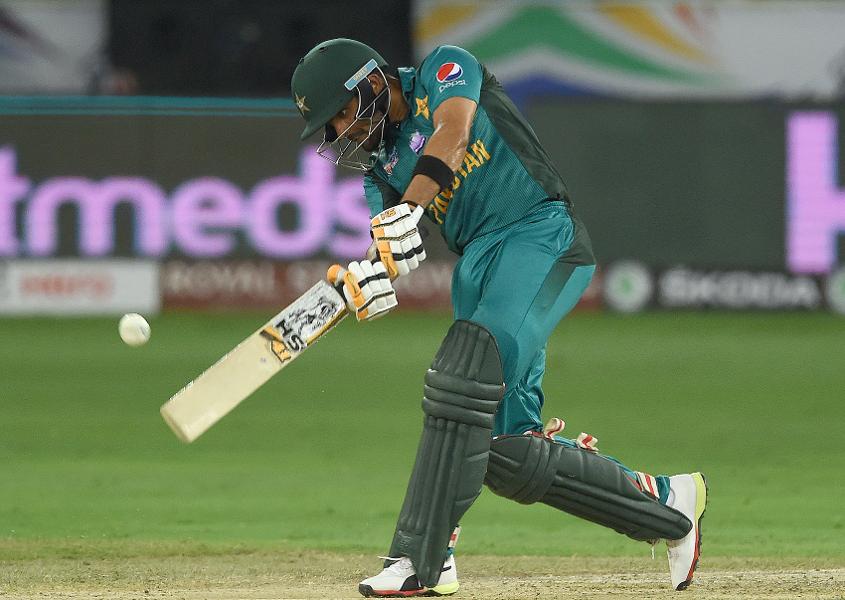 Hafeez struck well to finish unbeaten on 32 from just 20 balls, while Malik chipped in with a valuable 18 as Pakistan posted a target of 151 runs. Australia got off to a flier in pursuit of a moderate total in this format.

Promoted to open in place of D’Arcy Short, wicket-keeper Alex Carey smashed Imad Wasim’s first over for 20, with two fours and two sixes. But captain Aaron Finch failed yet again – he’d made just 1 before hitting to the hands of mid-on. With Carey hitting a tame leading edge to mid-wicket off the first ball of the third over, the visitors’ chase was derailing fast.

Although Chris Lynn and Ben McDermott started to steady the ship, wickets at regular intervals hurt their cause. Australia were five down for 75 in the 10th over when Mitchell Marsh and D’Arcy Short showed some hopes. With the pair at the crease, Australia needed 59 runs from the last six. Shadab Khan kept things tight thus not allowing Marsh to free his arms.

However, some good bowling from Shadab and Hasan Ali, in the end, ensured Pakistan sweep up the series convincingly as they bowl out Australia for 117 runs.