Marcus Stoinis hits the ball harder than anyone else feels Pietersen

Former England cricketer Kevin Pietersen recently labeled destructive all-rounder Marcus Stoinis as the hardest hitter of the cricket ball he has ever seen. Stoinis struck 60 from just 40 balls during Australia’s five-wicket defeat against England in the first match of the Gillette ODI series. “He hits the ball, I tell you something now, harder than anyone I’ve seen. I’ve seen (Chris) Gayle, Yuvraj (Singh), (Mitchell) Marsh … I’ve seen them all hit it, Stoinis hits the ball harder than them,” Pietersen told Wide World of Sports.

Stoinis returned to the Australian side in New Zealand a year ago with an unbeaten 146 one of the best innings ever played in one-day international cricket, Stoinis will go into Friday’s second game in Brisbane boasting a career average of 81 and a strike rate of more than 105 runs per 100 balls.

Stoinis ability to steady the unstable top-order has brought him in line to be called up for Australia’s tour to South Africa in March.

Former cricket Mike Hussey earlier stated that Marcus Stoinis would be the perfect replacement for Mitchell Marsh if he suffers an injury. 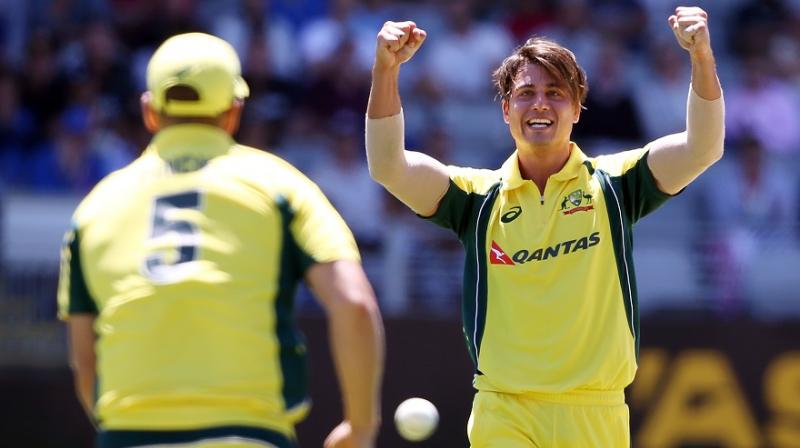 “He’s a good batsman, he’s played some excellent innings in one-day cricket for Australia and that might be a nice stepping stone for him to come up in the Test arena. He can really help out with the ball, can provide some competition for Mitch Marsh in the team and is handy to help out in both disciplines,” Hussey told cricket.com.au.

Legendary spinner Shane Warne also backed his ability and wanted to see him in the South Africa squad.

“I’d have him in the squad for South Africa. He’s a backup batsman, he’s a great utility player and his bowling is getting better. We have seen enough of him in international cricket to know he has the temperament needed at the highest level. He is one of those players who, when he makes the step up, his game will step up, too,” Warne wrote for News Corp last week.

Sri Lanka has the Capability to Revive their Fortunes- Romesh Kaluwitharana

IPL 2021: Aakash Chopra Predicts His Top-5 Overseas Performers Ahead Of The 14th Season

IPL 2021: 4 Stars From Delhi Capitals (DC) Who Will Have The Onus Of Winning The Title