One of the most destructive batsmen of his generation, former India opener Virender Sehwag was known for his fearless approach that helped him dominate the best of the bowling attacks in his illustrious international career that ran for 16 years. Recently, in a chat show, Sehwag revealed how he missed his third triple century in a match against Sri Lanka at Brabourne Stadium in Mumbai played in the last month of 2009. 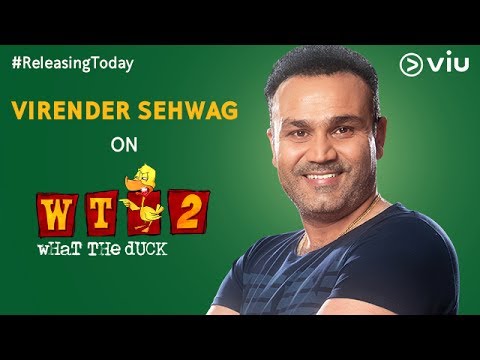 Sehwag was seen taking part in a chat show named ‘What the Duck’ Season 2 hosted by Vikram Sathaye, where he was heard talking about an instance when legendary off-spinner dismissed him Muttiah Muralitharan seven runs short of another triple century. Sehwag admitted that it was only time when he cared about reaching a milestone but ultimately couldn’t make it.

Talking in detail about the innings, the 39-year-old Sehwag revealed that he was unbeaten at 283 or 284 on day 1 and the next morning he said to the then head coach Gary Kirsten that he wouldn’t warm-up as he is too tired and decided to do normal stretching and knocking before the start of the play.

Sehwag while continuing said that while walking he was roaming around the god of cricket Sachin Tendulkar and asked something from him if he scored the triple hundred. To which Sachin asked what he wanted, and Sehwag in his sarcastic manner replied that he would tell him after he scores the triple hundred; however, Sachin agreed to that.

Sehwag was elated as he was confident about scoring the triple hundred and was thinking about reaching the milestone while he was batting in the middle which Sehwag admitted that it never happened before during the other two triple hundreds.

Also Read: Virender Sehwag Feels Players From the UAE Have the Talent to Play in the IPL

Sehwag further stated it was like he was only batting to reach that 300 run mark to get that gift from Sachin; however, his wish was not fulfilled as he was dismissed by Muralitharan on 293 runs with a brilliant dusra while playing it on the onside for a single.

Sehwag is known for his carefree attitude both on and off the field; however, it was the only time he cared for achieving something and didn’t get it. Sehwag further admitted he was not unhappy with the fact that he didn’t reach the triple hundred, but he couldn’t ask for the gift from master blaster Sachin Tendulkar.

Also Read: Virender Sehwag Thanks his Franchise and Owner for Making him a Part of the Inaugural T10 League

Virender Sehwag has represented India in 374 matches across all the formats and has scored 17253 runs with a healthy average. He is the only Indian batsman to score two triple centuries in Tests and a double century in fifty over format.

IPL 2021: Manish Pandey Should Have Taken The Initiative To Smash A Few Boundaries, Says Virender Sehwag