India speedster Jasprit Bumrah delivered an almost unplayable ball to England batsman Jonny Bairstow when the two clashed during a warm-up game on Monday at the ICC Academy Ground in Dubai.

Bairstow was going all guns blazing in the death before Jasprit Bumrah put brakes on his innings on the second ball of the 19th over, preventing any further damage with a sensational yorker.

Seeing Bairstow make room, Jasprit Bumrah followed the batsman and hurled down a pacy delivery right near Bairstow’s boots. The batter had no clue about it and swung his bat, cutting only air, as the ball crashed into the base of the leg-stump.

England hammer Indian bowlers, put 188 on the board

The intent was clear from the English batsmen right from the start of their innings. Openers Jos Buttler and Jason Roy got off to a flying start, first attacking Bhuvneshwar Kumar and then Mohammed Shami with powerful and innovative strokes before Shami dismissed both of them. England ended the powerplay at 51/2.

Dawid Malan and Jonny Bairstow then took up the mantle. The left-hander took boundaries off Jasprit Bumrah and Ravi Ashwin while the right-hander hammered Rahul Chahar. The leg-spinner then struck with the wicket of Malan.

Enter Liam Livingstone, who utterly took apart Chahar, smoking him for four fours and a maximum before getting yorked by Shami. Jonny Bairstow on the other end has continued batting in his gung-ho approach, smashing both pacers and spinner before Jasprit Bumrah ended his 49-run innings with a terrific yorker.

Moeen Ali then gave a sensational finish to England’s innings. He clattered the pacers around the park, ending with 43 runs off 20 balls; Ali whacked Bhuvneshwar for 4, 6, 6 on the last three balls to take England to 188. 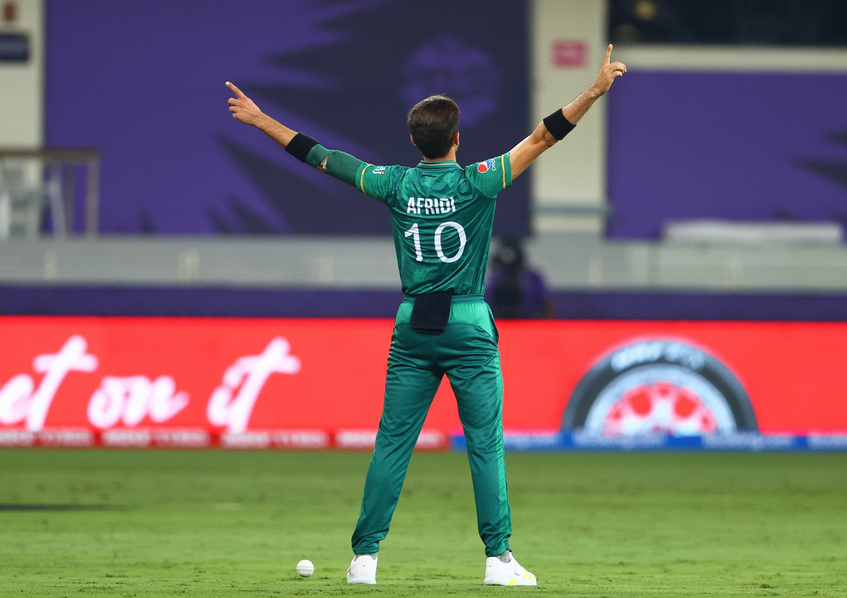 GT vs PBKS: Watch – Liam Livingstone Smashes 28 Runs Off Mohammad Shami’s Over To Finish Off The Match vs GT

After losing their first game against Pakistan, New Zealand made a remarkable comeback in their Super 12 campaign…
byArpit Sachdeva