IND vs SA: “This Is The Typical Virat’s Untouchable, He Behaves The Way He Wants To Behave” – Daryll Cullinan Blasts Virat Kohli For His Stump Mic Outburst
Skip to content

The controversy erupted in 21st over after spinner Ravichandran Ashwin got Dean Elgar out of LBW with the on-field umpire Marias Erasmus raising his finger. However, the Proteas captain opted for a review and in the replay, it was seen that the delivery was legal, the ball pitched in the middle of stumps and clearly hit Elgar’s pad in middle. 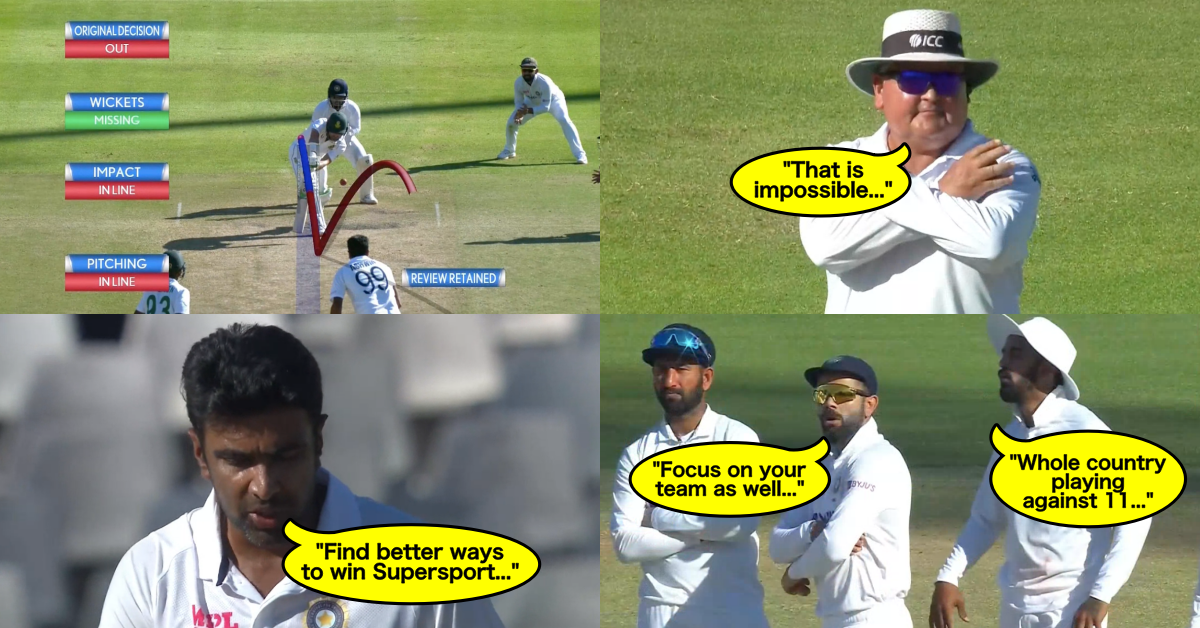 But the Hawkeye showed the trajectory of the ball in which it was seen that the ball had some uneven bounce and it was going over the leg-stump and the decision was overturned and Elgar survived.

After that Indian skipper Kohli was heard on the stump mic saying:

“Focus on your team as well and not just the opposition.”

Speaking on ESPNcricinfo Cullinan bashed Kohli and said that he behaves the way he wants to and the rest of the world bows down to Kohli as his team is a powerhouse of world cricket.

“This is the typical Virat’s untouchable, he behaves the way he wants to behave. The rest of the cricket world just bows down to Virat. The powerhouse is India. I hate to say this but it’s been going on for years. It’s just the big suck up towards India and anybody who plays for India. They are untouchable, so everyone will laugh it off.”

He added that he loves Kohli’s cricket but his on-field behaviour is unacceptable. He elaborated:

“I love Virat Kohli, I love his cricket, I love the way he plays. But there has to be a line drawn somewhere to say ‘hang on, you must be severely punished’. If anything, it was a mistake. I just cannot believe that they could think along those sort of lines. For too long Virat has got away with behaviour which is unacceptable on a cricket field. But he’s Kohli and I don’t like it, quite frankly.”

Former India batsman Sanjay Manjrekar was also disappointed with the comments made by the Indian players after the controversial DRS decision and he said:

“There was an insinuation from the Indian camp that the host broadcasters were up to some mischief to make sure they were putting their own team at an advantage. That is a serious kind of insinuation. I have a problem with that.”

Manjrekar added that Kohli is going through a difficult phase of his cricket career and he is under-confident.

“Virat Kohli is going through one of the most difficult phases of his career. He lost his ODI captaincy, there has been some controversy over that. This is the first time that I am seeing self-doubts have started creeping in. We saw it during the IPL as well. Never thought this guy would be under-confident.”

Also Read: ‘Both Cheteshwar Pujara And Ajinkya Rahane Will Be Dropped’ – Sunil Gavaskar’s Big Call Ahead Of Home Series Against Sri Lanka