IND vs WI: Anyone Can Have One Or Two Bad Games, But We Want To Keep His Skills In Mind – Rohit Sharma Comes In Defence Of Avesh Khan

India National Cricket Team captain Rohit Sharma backed the young Madhya Pradesh pacer Avesh Khan, who was struggling to find a rhythm with the ball in his last few white-ball games, and said that any player can have one or two bad days in cricket.

The 25-year-old bagged 2 wickets for 17 runs in the 4th T20I of the five-match T20I series against the West Indies National Cricket Team on August 6 at the Central Broward Regional Park Stadium Turf Ground, Lauderhill, Florida. The right-arm pacer picked up the wickets of Brandon King and Devon Thomas in the match where India defeated the Caribbean side to win by 59 runs and take an unassailable 3-1 lead in the series.

During the post-match presentation ceremony, Team India’s skipper praised Avesh for his brilliant performance that helped the pacer win the Player of the Match award and said that the team management understands the talent of the pacer.

“We do understand Avesh’s talent. Anyone can have one or two bad games, but we want to keep his skills in mind. We want to give boys enough game time in the middle. He used the conditions and his height really well, which was great to see,” said Rohit in the post-match presentation.

India National Cricket Team managed to put up the score of 191/5 on the board with the help of good batting performances by Rishabh Pant, Rohit Sharma, Suryakumar Yadav, Sanju Samson, Deepak Hooda and Axar Patel.

Meanwhile, Rohit said that the conditions were difficult to bat, but the batters performed brilliantly to post a good score on the board.

“I think it was pleasing how we played the game. The conditions were not easy but we got to a good score. A lot of thought went in on how we batted and it was pleasing to see. The pitch was quite slow which our bowlers used to their advantage,” said Rohit.

“I thought 190 was a good score, but with the kind of batting that WI have, no score is good. We played good cricket to get the win today. The batters were really smart and the bowlers bowled in pairs to get wickets. It put the brakes on their scoring.”

“I would also like to thank all the people who came in; I know it is hot and it isn’t easy to sit out there and watch the game. There’s another day to go,” he concluded.

England pacer, Mark Wood has talked about his ambitions of playing more Test matches for England. Wood and…
byCaJr Staff 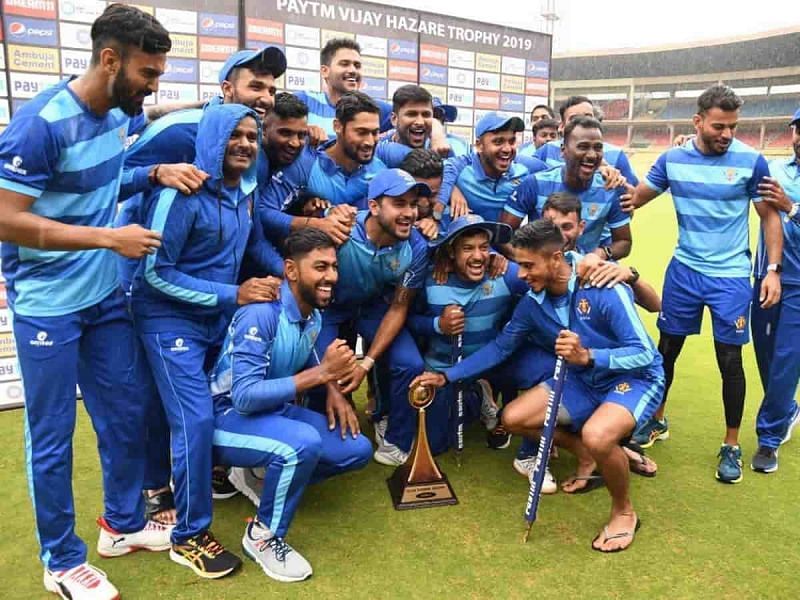 Ben Stokes’ return to international cricket has been an emotional one. Of late, Stokes showed his stunning display of…
byJr.staff