Sunrisers Hyderabad (SRH) have unveiled their new team jersey ahead of the Indian Premier League (IPL) 2022 mega auction, which will take place in Bengaluru on February 12 and 13.

The new redesigned jersey of Sunrisers Hyderabad has its classic orange and black shades. Also, the new kit has orange dots sprinkled on black sleeves and the neck and collar are of pure black colour while the lower gear is of plain orange colour.

With the redesigned jersey Sunrisers Hyderabad would be looking forward to reversing their fortunes under the leadership of Kane Williamson after a poor run in the Indian Premier League (IPL) 2021.

Notably, the 2021 edition of the Indian Premier League was an extremely poor one for the team as they managed to win only 3 games and were at the bottom of the table.

SRH To Have A New Coaching Setup In IPL 2022 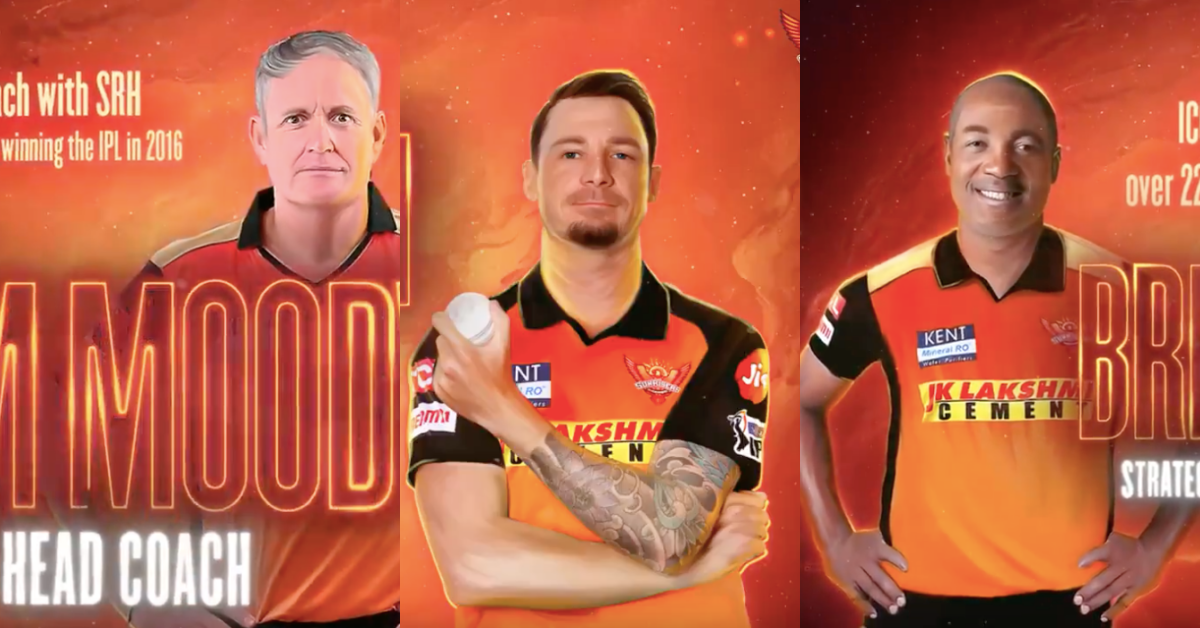 Sunrisers Hyderabad will have a new coaching set-up in the Indian Premier League 2022. Brian Lara has been appointed the batting coach and strategic advisor of the SRH squad and Dale Steyn has been appointed as fast bowling coach. Also, Former Indian cricketer, Hemang Badani has been given a dual role of a fielding coach and a scout in the team.

The Sunrisers Hyderabad have parted ways with head coach Trevor Bayliss, and Tom Moody has been appointed as the new head coach of the team. Also, legendary Sri Lankan spinner Muttiah Muralitharan has been retained by the franchise and he will be the strategy and spin bowling coach.

Also Read: General Perception Is That He Will Go For 15-17 Crores – Ravichandran Ashwin Feels “5-in-1” Player Ishan Kishan Will Fetch Big Deal In IPL Auction