I Have Always Performed Whenever The Team Needed Me To Do So In A Particular Situation, Says Ajinkya Rahane

Indian Test vice-captain Ajinkya Rahane said that whenever the team has needed me to perform in specific situations, he had done so. This response came after Rahane, speaking in a pre-match press conference was asked about his form, given that he has hit just one hundred in his last seven Test appearances. 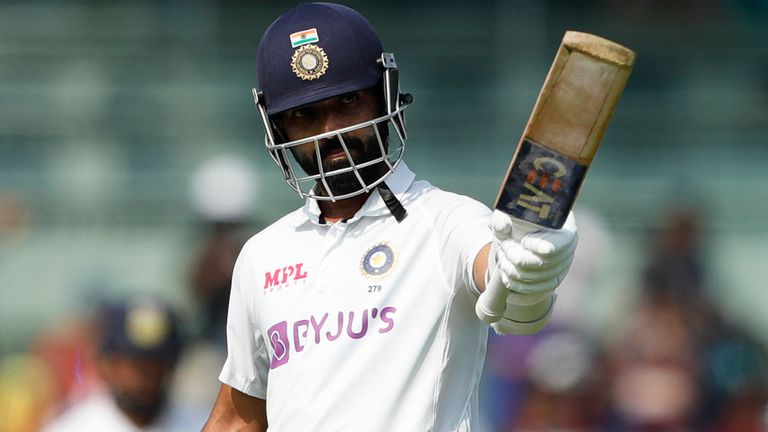 However, Rahane, who led India to a 2-1 Test series win over Australia in Australia and had hit a brilliant hundred at the Melbourne Cricket Ground, in what was a great comeback win from India, mentioned that he was not concerned about his form.

You Need To Check Your Facts Right, You Know My Contribution To The Team: Ajinkya Rahane

Ever since hitting that match-winning century at MCG, Rahane has not converted any of his starts into big scores. But the right-handed batsman highlighted how he has always stood for the side and will continue to do so in the future.

“I was expecting this question. You need to check your facts right, you know my contribution to the team. Whenever the team needed me I scored runs for my team. So you need to focus on your facts to come up with the question,” said Rahane in a virtual press conference.

“I am team man and whenever the team needs me to perform in a particular situation, I have always done that so I am not too concerned about it. As a player I always look to learn, look to grow which is really important,” he added.

Washington Sundar was in the team because of his all-around ability: Ajinkya Rahane

The Indian vice-captain Rahane was also asked about the inclusion of all-rounder Washington Sundar in the playing XI for the third Test in Ahmedabad, given that he only bowled four balls, in the second innings, picking one wicket, and didn’t get an over in the first innings, as Axar Patel and Ravichandran Ashwin routed England.

“Ashwin and Axar were bowling well, they were taking wickets that’s why he (Washington) didn’t bowl. He was in the team because of his all-around ability and that’s why as a team we took that call. He is a quality player and has done really well for the team in the last two three-Tests,” Rahane said.

India currently has a 2-1 lead in the ongoing four-match series against England and the final Test will begin on Thursday.

“What We Can Do?” – Pat Cummins On Washington Sundar Naming His Pet Dog ‘Gabba’