Indian opener Shikhar Dhawan has divorced Aesha Mukerji as confirmed on Tuesday by the latter’s emotional post on her Instagram account. The couple was married for almost 10 years and has a son together.

Just a few days ahead of the IPL 2021 resumption, Dhawan has suffered a blow in his personal life. His marriage with Melbourne-base boxer Aesha has come to an end. Her original profile with the name ‘Ayesha Dhawan’ was deleted from the social media site.

The 35-year-old Dhawan hasn’t confirmed the divorce yet. Aesha on the other hand expressed her sorrow with her followers on Instagram.

“Funny how words can have such powerful meanings and associations. I experienced this firsthand as a divorcee. The first time I went through a divorce I was soooooooo [email protected] scared. I felt like I had failed and I was doing something so wrong at that time.”

The couple had fans swooning over their mutual love for tattoos and how perfect they seemed to be for each other. Aesha is originally from West Bengal but moved to Australia when she was 8-years-old. She is also a trained kickboxer and a sports fanatic. 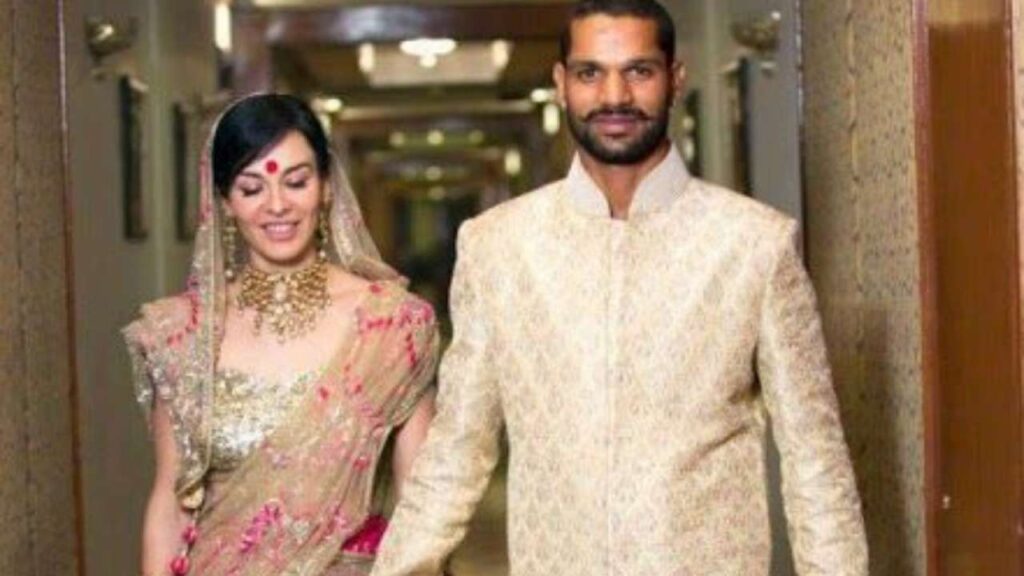 Their love story began when Shikhar Dhawan stumbled across Aesha’s photos on Facebook. He instantly fell for her and it so happened that teammate Harbhajan Singh had a mutual friend. Soon, conversations ensued and the couple became friends.

Dhawan supposedly revealed his feelings for her and they decided to get married after a while. Although his family wasn’t happy with the relationship, Dhawan eventually managed to convince his parents and they got engaged in 2009.

They pushed the wedding as Dhawan insisted that he wanted to focus on his cricketing career first. After somewhat establishing himself in the cricketing world, the couple tied the knot on October 30, 2012.

Also Read – IPL 2021: Parthiv Patel Believes The Covid-19 Break Will Affect RCB and CSK The Most