South Africa bowling all-rounder Chris Morris has announced his retirement from all forms of cricket on Tuesday and now he will be seen in a coaching role with the Titans.

Proteas all-rounder Morris who is known for his quick 140kph deliveries and explosive power hitting skills made his international debut for South Africa in 2012 in a T20 Internationals game against New Zealand in Durban and in his debut game, he managed to pick 2 wickets.

Morris made his One Day Internationals debut against Pakistan in 2013 at the Edgbaston, Birmingham and in that game, he bagged 2 wickets as well.

Meanwhile, Chris Morris made his Test debut in the year 2016 against England at Newlands, Cape Town and he picked 2 wickets and scored 69 runs in the match.

He was out of the scheme of things of Proteas selectors for a very long time as he played his last Test in 2017 and last ODI & T20I in 2019. 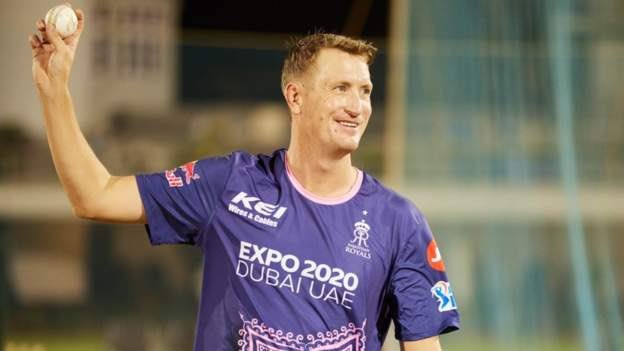 On January 11, 2022, All-rounder Morris took to Instagram to announce his retirement from all forms of cricket. He wrote:

“Today I announce my retirement from all forms of cricket! Thanks to all who have played a part in my journey whether it be big or small…it’s been a fun ride! Delighted to be taking up a coaching role at @titanscricket #lifebeginsnow

Meanwhile, Chris Morris also had a very successful run in the marquee Indian Premier League and he was sold for over US$1 million at the 2016 auction.

Also Read: IND vs SA: I Saw This In The IPL As Well That Virat Kohli Is A Bit Low On Confidence – Sanjay Manjrekar